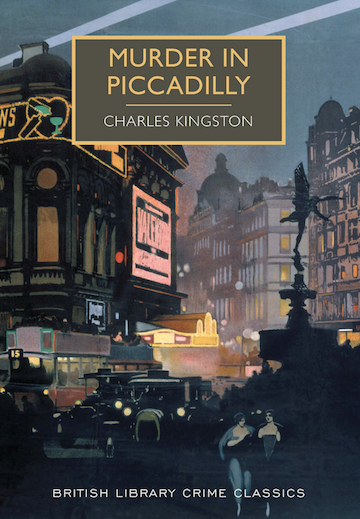 The much celebrated British Library Crime Classics and Spy series features historical mysteries rediscovered by the British Library. Focusing on the “Golden Age” of British crime writing, the series includes works by both recognized and lesser-known writers.

Poisoned Penn Press will release the first two titles in the Crime Classics series — Murder in Piccadilly by Charles Kingston and The Sussex Downs Murder by John Bude — in May 2015. Twelve additional titles, including two British Library Spy Classics, Trouble on the Thames by Victor Bridges and The Traitor by Sidney Horler, will follow later in 2015. Beginning in 2016, Poisoned Penn Press will be “in sync” with the British Library’s publishing schedule, with one title slated for release each month.

President and Publisher at Poisoned Pen, Robert Rosenwald, admitted that he was “intrigued” when approached about publishing the series in the U.S.

“The British Library Crime Classic and Spy Classic series are outstanding collections of books written at a time when there was no such thing as genre fiction. As a mystery book publisher with over 700 mysteries in print, we felt Poisoned Pen Press was uniquely positioned to fill the role of US publisher for these extraordinary series. We are thrilled to be able to bring these titles, many of which have been unavailable to the public for years, to the U.S.”

He added that Poisoned Pen Press is honored to be able to publish works that laid the groundwork for today’s popular crime fiction: “The British Library Crime and Spy Classics series provides important historical context for mystery enthusiasts. These titles are written by authors who were pioneers in crime fiction – the original masters of crime fiction writing. One of the May releases on our list, The Sussex Downs Murder, is written by John Bude, which is the pen name for Ernest Elmore, co-founder of the Crime Writers’ Association. These are important books for readers, for writers, and for libraries.”

Each title in the British Library Crime and Spy classics will be published by Poisoned Pen in both trade and eBook formats. Each title will feature cover art chosen by the British Library – “smart, old-fashioned designs befitting these golden age crime tales” — as well as introductions by well-known experts.