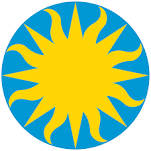 The Smithsonian Institution and Penguin Young Readers, are collaborating on a new series of narrative non-fiction books riffing on the Smithsonian experience. This June, America’s “premier” museum, the Smithsonian Institution, and Penguin Young Readers, will publish “a groundbreaking new line of narrative non-fiction books created to bring the Smithsonian experience directly into the hands of readers.”

Viking Children’s Books and Grosset & Dunlap, two imprints of Penguin Young Readers, will jointly launch the new series on June 23, 2015, with the publication of five titles.

Using the collection of the world’s largest museum, this non-fiction program will be “where content meets cool.” Mae up of highly visual books from both Viking and Grosset, the series chronicles everything from the outer limits of space, the wonders of the human body, the marvels of the ocean, the “tumult” of natural disaster, to the birth of a brand-new panda cub.

The titles, all to be released on June 23, include:

In a statement to Publishing Perspectives, Francesco Sedita, President & Publisher, Grosset & Dunlap, and Ken Wright, VP & Publisher, Viking Children’s Books, proudly noted, “We’re bringing readers a nonfiction program like no other — for when you can’t get to the Smithsonian, we bring the Smithsonian to you!”