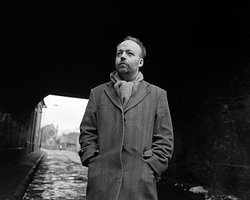 After failing with traditional publishing, thriller writer Mark Dawson has struck gold with Amazon KDP, selling more than 300,000 copies of his novels. At Forbes, Jay McGregor looked at the publishing career of Mark Dawson, who he describes as, “one of the self-publishing success stories that Amazon likes to wheel out when journalists like myself come knocking.”

How successful is he? He has sold over 300,000 copies of his series about an assassin named John Milton. He says he earned “six figures” last year and plans on making a lot more this year.

Which is not to say he has always been a success. His first book, The Art of Falling Apart, was published the traditional way, by Pan Books in 2000, but, unfortunately, it “completely bombed.” Not because of its quality, but, according to Mark, “due to the publisher’s inability to promote and generate any sort of interest.”

It was enough to stop his writing career in his tracks. At least, until a friend told him about Amazon’s Kindle Direct Publishing. His first self-published book, a thriller set in London’s West End called The Black Mile, at least initially, failed to get noticed.

So, as McGregor put it, he tried something else: “He gave The Black Mile Away for free.” It’s a promotional tool that Amazon often recommends. And in this case it worked.

As Dawson told Forbes, “I remember the day vividly. I live in the countryside outside of Salisbury [in the UK] — there are lots of farmers’ fields and one farmer was bringing in his crops. I was cycling my bike and I decided to take a break. I parked my bike, sat down with my back against this tree and got my phone out. Miraculously I managed to set some signal and I thought ‘I’ll check how the book is doing.’ It had sold 50,000 copies and I was like ‘holy shit!’ that’s unbelievable.”

Two problems though: He’d made no money from The Black Mile, and he “had no follow-up book for his fan base to dig into.”

“It was a wasted opportunity,” Dawson told McGregor. “But it did give me a kick up the arse and proved to me that this is legitimate and that I should write a new book, so I did.”

And so the John Milton series was born in June 2013. 300,000 copies sold, six books in total (so far) between 80-90,000 words per title. Most of them written while Dawson worked full time and raised two small children.

So while Dawson’s tireless work ethic plays no small part, he also credits his success to his “unusual attitude towards publishing.” As McGregor writes:

“He approaches it like a business, one in which writing is just a single cog in the media machine. He engages (responding to all fan messages) with all of his fans and focuses on building a rapport to ensure their loyalty. He holds seminars to give other writers advice and guidance. And through all of these activities, he collects names and email addresses that have amounted to a 15,000 person strong mailing list. It’s through this that he disseminates his new work. What Dawson has done is essentially build a small but loyal community that translates into near guaranteed sales.”

He also works hard to get blogs to review his books, but, interestingly, what works best is advertising on Facebook. On average, Dawson puts $370 a day into Facebook advertising and “he’s receiving double that in return on investment.”

“The combination of having a loyal fanbase that always leave glowing reviews on your book’s landing page (user recommendations being one of the most powerful forms of marketing), and driving new customers to said books via large-scale Facebook advertising has created a very lucrative business for Dawson. He’s done what he could never do with a traditional publisher because he can exercise complete control over the entire process.”