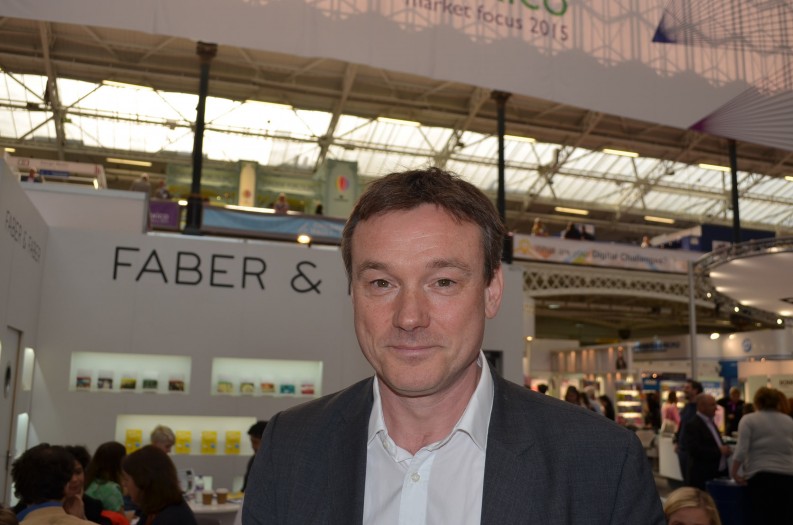 The London Book Fair has evolved to reflect the “new ecology” of publishing and shift in confidence, says Faber’s Stephen Page.

There’s no doubt that London Book Fair Director Jacks Thomas has given the LBF a massive shot-in-the-arm, broadening its scope to take in gaming and tech, education and cross media; working extremely hard to cultivate links with China and beyond; and doing it all in the stylish and colorful way for which she is so well-known.

Of course, the fair was involved in some of these areas anyway, and Thomas hasn’t done it singlehandedly – she has an adept team with her. But she has been the driving force, having a clear focus on what she thinks the fair needed and together with her team has gone at it with an almost revolutionary zeal. The last two years have been about the creation of designated areas and zones and mini-conferences, all under the embracing wrap of the LBF itself. It is an exciting evolution to watch – and if there were one or two grumbles this year about navigation, these had largely disappeared by day two. As George Gibson of Bloomsbury US put it: “It took a bit of getting used to at first, but once everyone got settled it has been fabulous. It has been so good to be in the natural light — the building is wonderful.”

One publisher remarked that Thomas had turned the fair into “her own private party,” and there’s no doubt that her background in publicity and PR (she was MD of Midas Public Relations — whose client is, that’s right, the LBF) has helped. But there are so many little touches that have made the whole LBF experience cool this year, from the wraps around the trees on the walk up from Olympia station to the numerous fair guides walking the floor. Stephen Page is a fan of the return to the Grand Hall!

Faber Chief Executive Stephen Page is another fan of the return to the Grand Hall. “I love it. I think that it’s right that’s it a bit like an old medieval market.  You know, if you want saffron it’s that way, if you want something else it’s over here” — he gestured as he spoke. “Publishing is like that. It can’t be too tightly organized.”

He went on to talk about how he feels “a new ecology” has emerged for the industry now. “The previous ecology got hammered and challenged. A new one has emerged that is partly around the resilience and return of physical books, partly around the new confidence there is.  There is a new confidence about the options open to publishers, about the creation of value, about investing in content with confidence. There is a shift towards the consumer, which is still continuing and isn’t finished yet, and just a new confidence about the tools and opportunities open to us.” Jacks Thomas has turned the LBF into a “party,” says one publisher.

Nonetheless, one UK publisher felt it was inevitable that the fair would move to ExCel in east London’s Docklands “within the next five years, because it is cheaper for Reed.”

That remains to be seen. For now, LBF 2015 was about a return to the light, a memory of sunshine and renewed emphasis on physical books in one of London’s finest physical spaces.