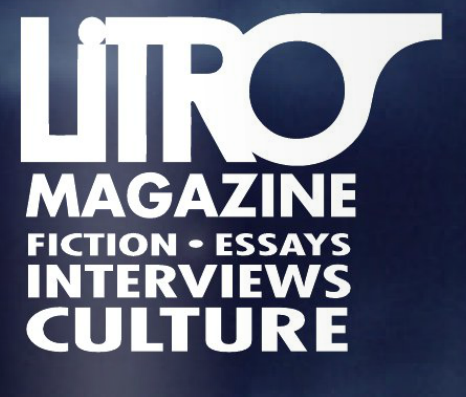 Jennifer Clement, at right, speaking at the London Book Fair

The latest issue of the UK literary journal Litro Magazine, released at the London Book Fair, highlights the diversity and character of new Mexican writing.

Eric Akoto, the editor of the free UK based Litro Magazine, which publishes short fiction and poetry, took the initiative to contact Mexico’s ambassador in the UK a while back saying he’d like to dedicate an edition to Mexico and its literature. Luckily for readers, the Ambassador responded and put Akoto in touch with Jennifer Clement, author, poet and former PEN Mexico president to guest edit the edition. Clement and current PEN Mexico president Aline Davidoff presented the issue at the London Book Fair, which contains a sampling of the range of creativity from Mexico. (Click here to read the issue). “When I was asked to present Mexico with ten writers, I thought how impossible with only ten writers,” said Clement. “There are so many different kinds of voices in Mexico…I thought about how to express this Mexico.”

Clement’s choices include author Chloe Aridjis, who writes about Mexico, like Clement, in English. Her debut novel Book of Clouds was awarded a prize in France and she received a Guggenheim Fellowship last year. The poet Natalia Toledo writes in Zapotec and Spanish and teaches Zapotec to teenagers. Her poem “The Crab’s Back,” translated from Zapotec, is included in the issue. Essayist and poet Luis Miguel Aguilar’ Crab speaks of fortune, reading and love. “The Street Seller’s Song,” a poem by author Samuel Noyola who has been missing since 2007, is published here for the first time—in translation in English. It was found in a box left in a friend’s house and has not yet appeared in Spanish. Clement included two young up and coming authors, Daniel Krauze, also co-editor of the magazine Letras Libres and Sara Uribe, whose work has been published by Shearsman Books in the US. The prize-winning author Alvaro Enrique looks at corporate life in “Constantinople’s Jacket,” Ximena Escalante recreates a Greek tragedy in an extract.

Because of the strong link between writers and painters in Mexico, Clement picked artist and writer Miguel Calderón for the cover art, which depicts an ominous buzzard on the sign for the main highway in Mexico, the 95D. Calderón’s cover was chosen prior to the tragic disappearance of 43 students in September 2014 in the state of Guerrero—through which the 95D runs. Finally, Aline Davidoff’s essay on the Herrera-Harfuch Art collection completes the issue.