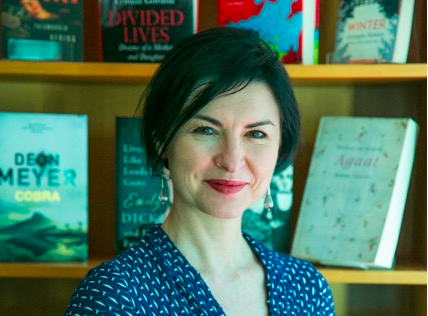 Isobel Dixon of the Blake Friedmann Literary Agency has helped bring a wide array of authors to a global audience, including many from South Africa. Isobel Dixon is a director of the Blake Friedmann Literary Agency, where she represents writers from around the world. Her clients have won all the major South African literary awards, and authors on her list have, among others, won the Windham Campbell Prize, the Commonwealth Prize, and PEN Awards, and have been shortlisted for the Man Booker International Prize, the Man Asian Literary Prize, the Booker Prize, the Costa Novel Award and the Orange Prize.

Dixon has also published three volumes of poetry, and has won the Olive Schreiner Prize for her work. She has translated novels from Afrikaans, and is a Frankfurt Book Fair Fellow and a Jerusalem Book Fair Fellow. Publishing Perspectives interviewed her in March of 2015 and and she is featured  our new, free White Paper: “Global Perspectives on Rights & Licensing,” where excerpts of this interview first appeared.

How did you first start working for Blake Friedmann? How has the agency changed in your time there? Are there any exciting changes planned for the future?

I arrived at the Blake Friedmann offices, then in Gower Street, almost 20 years ago, in September 1995, to begin as Carole Blake’s assistant. I was fresh from my postgraduate studies at Edinburgh University – I’d handed in a Master’s thesis in Applied Linguistics on the Friday, headed south of the border over the weekend, and started work on the Monday – and never looked back. It was a thrill to be in the heart of Bloomsbury, around the corner from the British Library (I’d only recent read George Gissing’s New Grub Street and had vivid mental images of that famous Reading Room). Most exciting of all – having grown up in a family of ardent bibliophiles, in a house full of books – was being able to work in an environment surrounded not just by books, but by their authors, and the publishers. Gilbert Adair would pop in to lodge his latest manuscript, I met Joseph O’Connor at an Amnesty reading with Martin Amis at the Groucho Club, read Lawrence Norfolk’s Lempriere’s Dictionary over my lunch breaks, sold short stories by Carol Shields, Ann Granger, Barbara Erskine… Each day was different and I was in heaven.

Much in the industry has changed since then (starting with the collapse of the Net Book Agreement with major publishers withdrawing from it the month I started working in publishing – not my fault, honest), but it’s still the best job in the world. I’ve been a director for some years and take pride in how the agency has grown and continues to flourish, but most of all I’m honored to work with so many great writers, some of whom I’ve represented for almost two decades now.

At Blake Friedmann, you represent authors working in a wide range of genres, from literary fiction to current affairs to thrillers and YA novels. You yourself are also a published poet. Have your interests always been so diverse? What are the advantages and disadvantages of maintaining so broad a portfolio of clients?

I was always a voracious and eclectic reader, everything from Mills & Boon to Dickens, Tolkien to Agatha Christie. I recall a neighbor disapproving that my mother let us read comic books (and of our running wild in general, no doubt). I have three older sisters and always wanted to read what they were reading, too. My eldest sister rather wonderfully read the whole of To Kill a Mockingbird to me in installments when I was about six, followed by I Am David and The Silver Sword, favorites ever since. I still read widely for pleasure – and the only regret of the job is not enough time to read as freely and as much as I’d like. (But then all of life has been like that). My other Master’s at Edinburgh was in English Literature (on the long poem since Modernism), and I read a great deal of poetry, criticism and literary biography for pleasure, too.

I see only advantage in the broad range of clients I represent – it suits my own interests, and there is strength in diversity. I love to travel, and my clients are a brilliant way of seeing the world: through meeting them, and their characters, and exploring and sharing their stories. I like a bit of hubbub!

As we approach the 2015 London Book Fair, which markets or countries do you feel are particularly strong? Unexpectedly weak? Have you observed any notable changes in market strengths since 2014?

Germany and France are always strong translation markets for us, but it’s good to see increasing deals in markets like Poland and the Czech Republic. With a list of writers from different countries – including India, Ireland, Australia, the US, South Africa – it’s also interesting to see which countries most readily embrace writers who’re not from the US or UK “centers.” I’ve often sold South African writers first in France, Germany or Holland, for instance, before the UK or US come to the party, and some authors are bestsellers and prizewinners in Europe before they are here.

What were your best success stories from 2014?

We all had great fun at the Frankfurt Book Fair with the warm and wonderful Recipes for Love & Murder: A Tannie Maria Mystery by debut crime writer Sally Andrew. Pre-empted in the UK by Canongate, the US by Ecco Press, Canada by HarperCollins and Australia by Text, it’s also sold in English to Penguin Random’s Umuzi imprint in South Africa, home to the author (and her culinary-agony-aunt-detective heroine). It’s now sold in 16 markets, with more to come I’m sure, all ahead of publication this October and November in English around the world. 2015 is off to a cracking start with two tremendous accolades for two writers I’ve worked with for many years, both South African – Ivan Vladislavić, who was awarded the Windham Campbell Prize, and Marlene van Niekerk, who is shortlisted for the Man Booker International Prize. Both of these recognize a body of work that is the result of decades of literary commitment – brilliance and perseverance combined.

Are there any new clients whom you’re particularly excited to be representing at London 2015?

There’s no doubt that the new books are centre stage: the new manuscripts from the bestsellers (Deon Meyer’s many publishers around the world are eager to get their hands on his new Benny Griessel crime novel Icarus, currently #1 in all languages and genres in South Africa in the original Afrikaans, and just delivered in English translation), the break-out books (Charles Lambert’s The Children’s Home, pre-empted by Nan Graham and John Glynn of Scribner in the US, and out in January 2016, is getting some nice buzz at the moment), and, of course, the brand new debuts. On the non-fiction side, Shakespeare in Swahililand by Cambridge don Edward Wilson-Lee has been snapped up by Arabella Pike of HarperCollins in the UK and Mitzi Angel of FSG in the US. I’m also looking forward to doing more international deals for Dominique Botha’s powerful autobiographical novel False River, which she wrote in both English and Afrikaans, and which won a string of prizes in South Africa last year.

New books aside, however, it’s always a joy when some publisher discovers a classic gem – like Stephen Morrison of Picador publishing Tatamkhulu Afrika’s Bitter Eden in the US a decade after first reading it, with French publication to come later this year after a pre-empt from Presses de la Cite.

I also have a brand new client I’m excited about, but I can’t write about that project just yet!

Do you have any tips for the publishers and editors you meet with at LBF? Book fair meeting dos and don’ts?

Our agency team meets with hundreds of publishers all together during a Book Fair. Biggest Book Fair Do is – Turn Up! Nothing worse than a no-show for no apparent reason in a super crowded schedule, when you could have used that half hour fruitfully with someone else. We blacklist repeat offenders … Thankfully, there are very few of those.

It’s such a great opportunity to meet and talk face to face, and it’s good to get the balance right, to hear what’s working in their market, what they’re excited about acquiring, and then get the chance to share two or three well-chosen titles with them. Only a couple of editors don’t let you get a word in edge-wise, which seems a shame if they’re there to buy… Overall, book fair meetings are efficient and interesting, a great buzzing bazaar of stories, with a warm sense of reunion among old book-sharing friends. I love a good book fair!