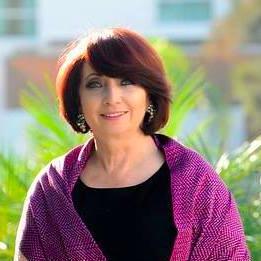 LéaLA, the Spanish-language Book Fair of Los Angeles, returns to the Los Angeles Convention Center for its fourth time from May 15-17, 2015. The public program is aimed at the public looking to celebrate “Latino heritage, as well as to meaningful literary and cultural traditions in the Spanish language.”

This year, the book fair will also offer a day dedicated to book professionals, “where editors, distributors, librarians, and academics will be able meet to do business and to attend professional development sessions on best practices and the acquisition and preparation of collections in Spanish, as well as other workshops and talks,” said the press release. “LéaLA is a unique opportunity to appreciate literature in our language and prove that ‘LOS ANGELES READS TOGETHER’,” emphasizes Marisol Schulz, the director of LéaLA. “More than 85,000 visitors attended the previous edition of LéaLA, a figure that we hope to surpass in this fourth edition, given the Spanish-speaking population’s need for access to reading materials in Spanish,” said Schulz.

More from the press release follows:

“Important personalities from the United States’ Hispanic community will be making presentations, such as Maestro Gustavo Dudamel, Director of the Los Angeles Philharmonic (LA Phil), who will read a story to children, Miguel Ruiz Jr.; the popular CNN announcer and author of self improvement books, Ismael Cala; Chilean writer José Ignacio Valenzuela (the successful author of novels for young people as well as scriptwriter for several well-known soap operas); Jenni Rivera’s daughter, Chiquis Rivera; the poet laureate of Los Angeles, Luis Rodríguez; astronaut of Mexican heritage, Jose Hernandez; television hosts and radio announcers, and famous entertainers who will show their support for LéaLA by participating in the children’s pavilion “Cri Cri” reading space and the autographs signing space.

“Children will also have opportunities to participate, with University of Guadalajara and their “Letras a Volar (“Letters for Flying”) project encouraging children to enjoy reading in a fun way and appreciate the importance of their family’s language. Eleven workshops have been designed for this year, including: “The Mayas—A Lost Civilization”, “The Muralists”, and “Alebrijes”

“Another notable presentation will be a special recognition to social leader and human rights activist, César Chávez, with his family in attendance.

“The guest of honor—Mexico City—will occupy the main pavilion and will reach out to Los Angeles with a program that reflects the cultural wealth and diversity of Mexico’s capital. The topics of the special program presented by Mexico City delegates will be: Ciudad de Ciudades; Crónica de la Ciudad de México; Ciudad de Vanguardia de Libertades; CDMX Escenario de lo Humano y Ser Chilang@s; this latter one will explore the relationship between Mexico and Los Angeles across its customs and language. There will be workshops on art and books and one in particular that stands out is a digital editor workshop for kids and teens. Homages will also be made to the recently passed journalists Julio Scherer and Vicente Leñero, led by Estela Leñero, Javier Sicilia, Maria Leñero and Benjamin Anaya. The city entities collaborating with LéaLA are: Secretaría de Educación y la Secretaría de Cultura del Distrito Federal and Fábrica de Artes y Oficios de Oriente (FARO).

“The University of Guadalajara has prepared a three-day artistic program with children’s theater, featuring the Luna Morena group; with an homage to Juan José Gurrola with the actress Arianne Pellicer, and with a theatrical recognition for Juan José Arreola, “Bestiario” will be directed by his grandsons, Alonso and José María. These events will take place at LATC, Los Angeles Theatre Center, an emblematic location for the city’s cultural life and the Montalban Theatre.

“LéaLA is a unique opportunity to appreciate literature in our language and prove that ‘LOS ANGELES READS TOGETHER’”, emphasizes Marisol Schulz, the director of LéaLA. “More than 85,000 visitors attended the previous edition of LéaLA, a figure that we hope to surpass in this fourth edition, given the Spanish-speaking population’s need for access to reading materials in Spanish,” added Schulz.