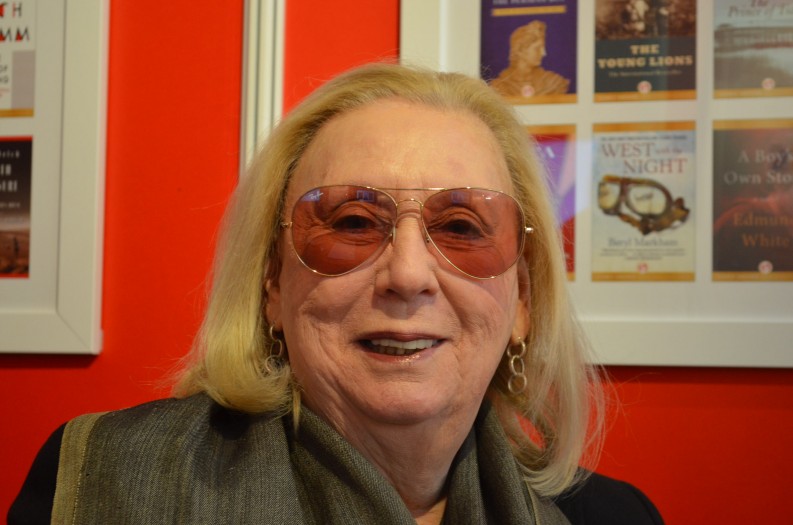 Five years into running the ebook publisher and content company Open Road Integrated Media, its co-founder Jane Friedman, who has such a long history in corporate publishing, first with Random House US and latterly HarperCollins (she was worldwide CEO until 2008), describes her new life as “wonderful — it’s like Knopf in the Seventies. And in fact, many of the authors we’re publishing are the same too — Bill [William] Styron was Random House, Harold Brodkey, Michael Chabron, Josephine Hart…”

Friedman enjoyed being back in Olympia during this year’s London Book Fair an,d despite having been to countless book fairs, her enthusiasm for Open Road’s mission remains undimmed. “There are so many great books that are not available in digital format and we are bringing them to new readers. In 2010 when we started pretty much nothing at all had been published digitally and we were able to make a land grab. Now, 12 million downloads later, people are still reading them. Is Sophie’s Choice not such a good book as The Girl on the Train? We’re giving new life to classic titles – and it’s these classic titles that make us who we are.” Jane Friedman remains sanguine about the future of publishing.

Open Road has published some 10,000 titles to date, and is currently producing around 2,500 a year. At LBF it has been excited to announce its Alan Sillitoe deal which will see it publish 24 of the celebrated British writer’s backlist as ebooks, as well as the third volume of Sillitoe’s “Start in Life” trilogy, the unpublished Moggerhanger, which it will publish in both print and digital.

Sillitoe was a seminal figure in his day, part of the gritty “angry young men” movement in 1950s Britain that was left-leaning and challenged the Establishment. Its fellow members included the playwright John Osborne and the novelist John Wain. Sillitoe rose to fame with The Loneliness of the Long Distance Runner and Saturday Night and Sunday Morning, both of which became classic black-and-white films.

The company has partnerships with various European publishers, including Mondadori in Italy, Planeta in Spain and Editis in France who each provide home-grown titles translated into English for Open Road to publish digitally. Additionally, it has a partnership with Barcelona eBooks, called Ciudad de Libris Open Road Español, through which it publishes titles in Spanish.

When Open Road launched, back in 2010, it made much of the ‘integrated media’ aspect of its name, with film and TV projects very much the aim. However, as Friedman herself admits, that has been harder to achieve than had been hoped.

“It is much harder to make movies than books,” she said. “It’s not just the funding, it’s the whole process. You need the right director, the right cast, are they available, a whole raft of things. Having said that, we have some news soon. There is an exciting project that we hope to green light this year. We have an option on William Styron’s Lie Down in Darkness. Richard Yates [of Revolutionary Road fame] wrote a script some years ago which was then re-written by Scott Cooper, director of Crazy Heart. I’m hopeful that something may happen with this project this year. It would be a major movie release with Open Road as executive producer.”

Friedman’s journey down the open road may have a few interesting turns yet.