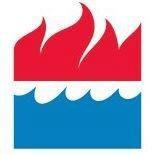 Business Insider, reports that the contract between Amazon and HarperCollins is close to expiring, and HC is balking at Amazon’s current offer.

Amazon wants HarperCollins to sign the same contract as three of the other Big Five.

According to a report at the Business Insider, insiders are saying that the contract between Amazon and HarperCollins is close to expiring, and the publisher is “refusing to sign an agreement with the new terms” that Amazon is asking for.

Amazon has confirmed that the contract offered to HarperCollins is the same one that was recently signed by Simon & Schuster, Hachette, and Macmillan.

Business Insider’s source told the paper that if an agreement between isn’t reached “very soon,” HarperCollins books will no longer be available at Amazon. At The Bookseller, they took a look at Business Insider’s eye-catching headline: “A major publisher may withdraw all its books from Amazon.”:

“Despite its headline, Business Insider does not say whether it is Amazon or HarperCollins which is threatening to withdraw books from sale. In past disputes Amazon has removed buy buttons from publisher’s titles during periods when terms have been under discussion: in its very public 2014 negotiation with Hachette Book Group USA, Amazon removed pre-order buttons from some Hachette titles and delayed shipping. It was widely criticized by some authors for doing so.”

At Forbes, Jeremy Greenfield wrote last year about what was coming in his article, “HarperCollins Prepared for Battle With Amazon.”:

“Over the past few months, HarperCollins, the world’s second-largest trade publisher behind Penguin Random House, has been taking steps to build and strengthen alternate retail channels, grow in size and create new business lines both to bolster its existing position in the market and protect its future.”

Greenfield also noted that HarperCollins has launched “a consumer-facing online retail operation” in partnership with Accenture, has sold print and digitals of the books of C.S. Lewis through Narnia.com, and now has a “full—blown” HarperCollins online store at HarperCollins.com, which is described as “a major shift for a company that has primarily dealt with other businesses – bookstores, distributors, etc. – rather than consumers directly.”

HarperCollins has, as of yet, not commented on this story.