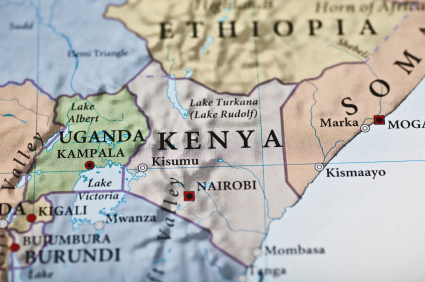 Abenea Ndago looks at the persistent war between authors and their publishers in Kenya, where frustration is overflowing. At Standard Digital News, Abenea Ndago looked at the never-ending war between authors and their publishers and editors from a very Kenyan point of view. But the truths are, I suspect, universal.

“We did not initially know it, but it should now be clear that the second biggest stumbling block to the growth of Kenyan literature – second only to State House – is the Kenyan publisher. A majority of these publishers (especially those headed by youngsters) make you laugh. The universe of locust feeding on the grass of Kenyan literature is presided over by a clueless generation of publisher CEOs that is probably a hundred times more traditional than the old people they usually accuse of this disease.

“…I recently read this from one of the most forward-looking publishers Kenya has ever known: ‘Unfortunately, much of Kenyan writing is shallow except a few familiar names… Characters in most Kenyan novels are completely undeveloped; predictable and downright boring. They are also aloof, things happen to them but they don’t get broken or ecstatic in a way that moves the reader.’…What is interesting is this: that the publisher is referring to ‘Kenyan writing’; to actual, published books which he has read. I initially thought he meant ‘manuscripts’ until I read the word ‘novel’. And then I chuckled because the question effectively shifts to how those ‘predictable and downright boring’ books got published in the first place. The reason is obvious – names. There is no honour in harming a publisher who has drowned himself in the lake of his own logic.

“You also soon discover that the publishing editor’s cultured look is a false impression more misleading than the hyena who wore goat-hooves to lure the kid-goats into opening the door. When he begins telling you how he feels unappreciated as a contributor to the final, published book, the bereaved mourner deserves two new handkerchiefs from you…Seeing such furrows of sad entitlement on your forehead, what do you think will prevent me from concluding that you intentionally left a bloodbath of typographical mistakes in my book?

“The fame which these people accuse authors of nakedly chasing after is the same one the editor wants to pickpocket through the back door. The publishing editor is just that – a ‘fame parasite’. When you meet him, swollen and bouncing along Kimathi Street, he wears the same Giver-of-Literary-Life air loaned to him by his employer. With his dimples, he smiles and winks at you like Shakespeare’s blinking idiot’. Hakuna! I did not prevent a publishing editor from sitting down and writing his own book. Let these people try being parasites elsewhere inside the stomach of cows.

“The editors are young people, but their editorial edicts bear the stench of distant, chon gi lala universe of our African oral narratives. We have recently read things like these: ‘Do not antagonize your publishing editor’. How do you expect upcoming writers to not throw tough questions at an editor who sulks that I carry him in my mythical pouch of fame as if he were a joey? People looking for this kind of motherly warmth should try a certain continent called Australia. The Kenyan writer must learn to ignore very fast such dull demands barked at them from the mouths of carnivorous publishers and editors.”