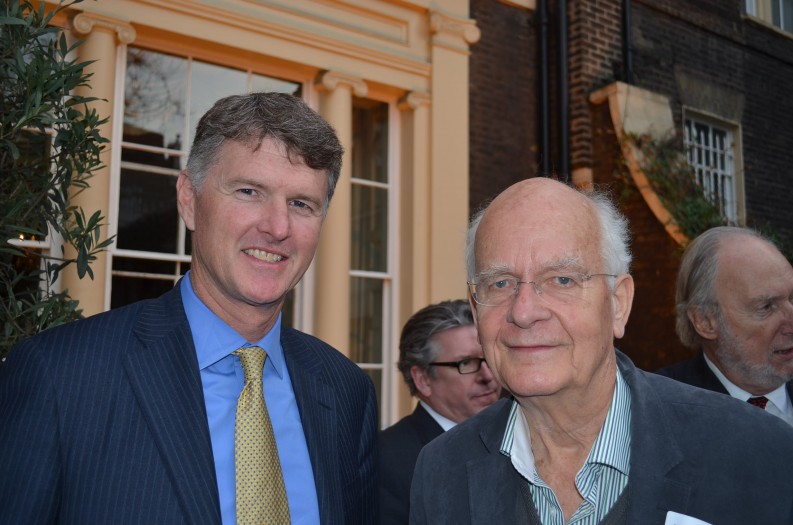 HarperCollins worldwide hosted its traditional pre-fair opener on Monday at Home House, the Downton-esque pile near Marble Arch in central London. As ever, the world and his agent were there, including the eponymous publisher Peter Usborne, who received the Lifetime Achievement Award at the LBF International Awards last night. Now 77 he is far from winding down. “I’m going to go on and on!” he told Brian Murray, HarperCollins’ President and CEO, and as if to prove it the pair were having a detailed discussion about HarperCollins’ use of Donnelly for printing. Unlike Usborne, scout Anne-Louise Fisher is deciding to step back and has already announced her retirement in June. She was telling Fourth Estate’s Nick Pearson that she hopes “to live in Italy for a year, like an Italian, somewhere quiet and non-touristy.” Sort of Eat Pray Don’t Scout Anymore.