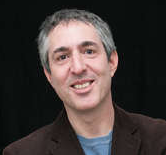 Alex Zucker, translator and co-chair of the Translation Committee at PEN, wonders whether more focus on fewer translations would help the books sell better. In a recent podcast at Three Percent, Alex Zucker, translator and co-chair of the Translation Committee at PEN sat down with Tom Roberge from Albertine and New Directions and Chad Post of Open Letter.

It was a fascinating talk. And of particular interest, I thought, was this rather counter-intuitive exchange on whether American publishers are publishing too many works in translation:

AZ: So, here’s the devil’s advocate argument: Actually, we have too many books in translation in English, and publishers can’t make any money on them, so publishers should limit themselves to publishing only those books that they can actually make money on, and there should be much more effort, time, financial backing put into getting those books to the people who really want and will appreciate them.

CP: Isn’t that what happens, though, in a practical way?

TR: No, because there’s a lot of chaff published on the side. New Directions publishes 30-some-odd books a year, and you ask a dedicated reader by the end, they’re going to know five of them. So what if we only spent our time and money publishing those five? This is not unlike Twelve Books, where they publish one a month and they put literally all their efforts into one book at a time — which is not true because on the back end it’s more complicated — but in terms of marketing and publicity, everything gearing up for one month, everything goes into this one book. But not every book is a hit.

AZ: Maybe most publishers are too big.

CP: I’m thinking of it in somewhat of a different light than what you’re saying — what you’re saying I completely agree with — but on a practical level, as a book starts doing better, you tend to put more time and effort into it. So on a structural level, at a larger publisher, some of the lower books that aren’t selling as well aren’t going to get quite as much attention a month onwards as the Thomas Piketty book or whatever. So, in some ways, the market does end up forcing your hand a bit, but I don’t think that doing books that aren’t in translation are that much cheaper.

TR: Also agree. But to finish up this point: Alex, what you were talking about—doing a book that costs next to nothing and you’re getting paid next to nothing because you really believe in the book—this ties into what you were saying about the rights reverting to the translator, because three books later, three translations later, that author becomes popular and the backlist starts selling. This is also the mission of New Directions. We stick with authors. We did three books with László before Satantango really caught on and attracted attention. You have to be committed. You’re going to take a loss on those three early books and you have to stay committed. That’s why you publish not just the five that you know you can sell right then and there, in that fiscal year. That’s why you publish the other ones on the side. You’re aware of the limitations in the market, but you do it anyway. It’s a much longer-term process that you have to stay committed to. Otherwise—I mean, there are a lot of publishers and I’m not going to name them because they do some good books—but this is the one-and-done model of publishing, not just with translations, but everything. The focus on new culture and debut novelists, and they’re just trying to get the fast buck.

Listen to the entire podcast here. Or read the entire transcript here: courtesy of PEN America.