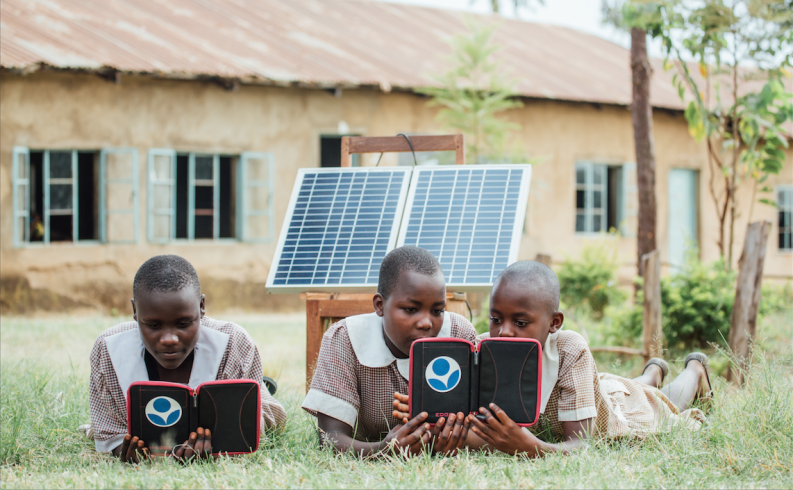 Worldreader, the global charity that distributes e-reading devices and licenses books for distribution to some of the world’s most impoverished and disadvantaged people, has always struggled with the question of how to keep e-readers charged in countries where there are limited and unreliable sources of electricity. They now have an answer: solar powered e-readers.

Through a new partnership with BBOXX, the company will now supply solar units that will supply energy to charge up to 200 e-readers. “It can also power lighting for morning and evening study so children can read and learn at times that are convenient to them,” says Worldreader in a recent blog post, adding “The new solar solution can charge mobile phones too, so that teachers and community members can continue to read on Worldreader Mobile.”

The new solar solution was tested with schools and libraries in Kenya and is being offered to Worldreader’s existing and new partners for $500, including shipping to the project site.

But what if you’re a consumer who wants to use light to charge your e-reader? Well, you can use a third-party charging solution. Or you could wait for the new e-reader being developed by French e-reader company Bookeen, which was just announced at the Mobile World Congress in Barcelona. The new e-ink reader is being developed in collaboration with solar panel company Sunpartner Technologies to embed solar charing technology in the screen itself.