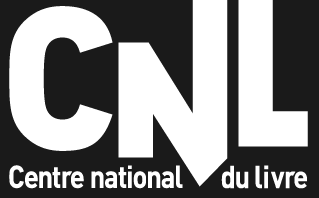 The CNL (Centre National du Livre), part of the French Ministry of Culture and Communication, which provides support to the publishing world, released its first report Monday on the relationship between the French and reading. The CNL commissioned the polling group Ipsos for the survey and intends to continue to study this relationship on a regular basis.

“We must celebrate but also continue to fight,” said CNL president Vincent Monadé. Results show that the French do read — 9 out of 10 people have read a book over the past year and, on average, people read 16 books a year, out of which 14 are in paper form and 2 ebooks. Women read more than men and prefer novels; men read more history books and graphic novels/comics.

But Monadé underlined his concern about the 10% of “non-readers.” Unsurprisingly figures revealed that family backgrounds have a lot to do with whether or not one becomes a reader: 39% of the “non-readers” had no books at home as children.

“We need to focus on young readers,” said Monadé, who suggested that reading should be included in the public health sector, as a tool for public health.

A segment of the study focused on the 15-24 age group, which is reading fewer books than the older age groups, even if respondents answered that they would like to read more. They also said they had trouble finding books that they found interesting. 60% said they mostly read for their studies while only 40% read for pleasure. The type of books read were also different from an older age group — 51% said they read sci-fi but 48% also said they read scientific or technical textbooks.

Most people buy new books and prefer to own them — 71% of readers said they did not borrow from libraries. 8 out of 10 French buy books to give as gifts.

Bookshops are still the preferred place to buy books, followed by department stores that specialize in culture, such as the FNAC retail chain. 38% said they bought their books online. However, the study showed that a portion of respondents did not know about the fixed price book policy in France and believed that books in bookshops were more expensive than online. The choice of a book is made primarily following a friend’s recommendation or out of loyalty to a particular author.

Finally, most people read at home and 45% of readers like to read at night before going to bed.

Although the study reassuringly found that France is still “a nation of readers,” it needs to remain so, said Monadé. He concluded on a serious note: “The practice of reading has been eroding for 30 years now. It is of national concern.”