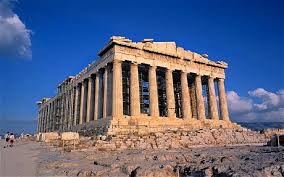 Among the suggestions to improve Greece’s economy has been the prescription that it deregulate the book market, yet several people oppose this view. The post-crisis publishing industry in Greece is something of a crumbling edifice.

A recent posting by Melville House senior editor Mark Krotov highlights a recent analysis of a 2013 report by the Organisation for Economic Co-operation and Development — the OECD Competition Assessment Reviews: Greece — by political theorist Matt Stoller on Twitter which looks at what can be done to “improve” Greece’s economy.Among the sections of the report quoted by Krotov is this, on the publishing industry:

Book production and consumption have the nature of a public good. Creating and circulating a new book not only creates value for the people who are going to read it, but also shapes ideas and values in wider society (or in exceptional cases in the whole world). Book consumption and production can help create values of national identity, social cohesion, and helps the development of criticism and experimentation. It is this unique cultural value of a book that perhaps calls for its special treatment by government regulation.

Yet, notes Krotov, “it goes on to criticize Greece’s fixed price law, despite the fact that this law happens to be similar to laws in France, Germany, and other EU countries. Though the report makes some substantive points about publishers failing to subsidize their less popular (and implicitly more culturally valuable) books with profits from their bestsellers, it rests most of its case on prices, which it says are too high.

He then quotes the report as saying:

On the retail side, we expect that, following deregulation, the older, smaller and more inefficient bookshops will need to become more efficient to remain in the market, ultimately benefiting readers from an enhanced offer.

“This, of course, means that the report’s writers don’t have to exert too much effort to imagine independent bookstores ceding the terrain to Amazon—it’s basically an inevitability,” adds Krotov, pointing out that “the writers’ imaginations fail them spectacularly toward the end of the section, where they write”…

In addition, the growth of other distribution channels such as large supermarkets and other retail outlets changes the structure of the retail market. As a result, the regulation appears outdated and increasingly difficult to enforce. These market trends may change book distribution channels but that will not affect book production, in the same way that there are not many record stores left in the high street, but people continue to write, record and listen to music.

After pointing out that price deregulation doesn’t always appear to have had a positive impact on the book market, as in the UK, Krotov then repeats several tweets from Stoller, who points out

22. Greece’s laws are structured to organize, say, the book market, as a cultural commons. But this is considered corrupt and inefficient.

24. There is an irony here, in that German carefully prevents Amazon from dominating its culture. http://t.co/Idp8v4xsjZ

25. Anyway, the story here should be clear. Greece may or may not be corrupt, whatever that means. But the ‘structural reforms’ have…

The full article is worth a read.

So tell us, in the midst of financial turmoil and, particularly while under the threat of leaving the Eurozone, does it make any sense for Greece to deregulate its book market?  Or would this — as I would argue —merely diminish the country’s cultural capital sacrificing key players to potentially predatory outside players intent on short term change at the expense of longer term cultural goals for growth? The country has, after all, already lost most of its government support for books — an issue we will discuss tomorrow on Publishing Perspectives — so why diminish support by going a step even further?