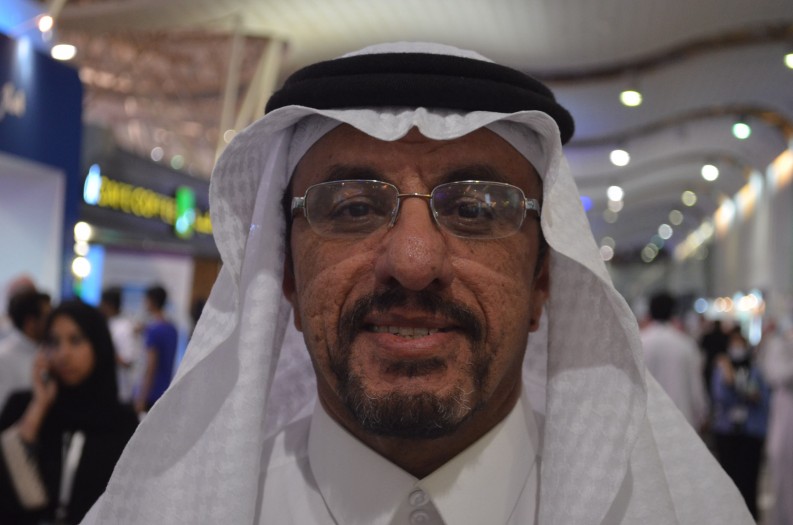 Roger Tagholm reports from the Riyadh International Book Fair, where his pre-conceptions about Saudi Arabia were challenged and cultures connected through books.

RIYADH: It’s fair to say that Saudi Arabia – or the Kingdom, short for Kingdom of Saudi Arabia (KSA), as everybody calls it here – has a public relations problem in the west. Closed, repressive, lamentable human rights, appalling attitude to women…it’s all frequently hurled at it. So, first-timers such as myself, traveling – full disclosure – as a guest of the Ministry of Culture and Information to attend the ninth Riyadh International Book Fair (RIBF), which runs from March 4-14, arrive with a baggage of pre-conceptions, expecting a miserable, Islamic police state. What happens, as is so often the case with travel, is a kind of re-education, a gradual relaxing and the beginnings of seeing a country, a culture and a people in a new light.

Which isn’t to say that one ignores certain issues; more to recognize that, as ever, it isn’t the whole story, that the situation is more nuanced than it is often portrayed. One has to write as one finds it – and in terms of the welcome shown, and the conversations with Saudi men and women, and more importantly, the atmosphere, this has been very much at odds with the familiar line in the West on this part of the world. It is also worth noting that to take the moral high ground is to quite rightly invite talk of drone attacks, Guantanamo, ‘water-boarding,’ limitations on search and rescue for capsized immigrant boats coming across the Mediterranean…it can be a long list. There are 915 publishers at this year’s fair, from 29 countries, and Fair Manager Dr. Saleh Al-Ghamdi said that that number was only limited by space. “We had to turn people down. We had nearly 1,300 requests from publishers. Saudis buy a great deal of books and this is a very important fair for Arab publishers. My hope for the fair is that we can make it even richer culturally. Next year will be our tenth and we want to include more foreign language titles. We are also thinking of the USA as country of honor. A great many Saudis study in the US, and the US ambassador always likes to come to the fair.”

As with other book fairs in the Gulf, it is a selling fair – as in selling direct to the public. RIBF doesn’t as yet have the rights element that you find in Sharjah, but my goodness, it’s busy, particularly on Friday night, the Islamic Saturday night. A visit to the fair with the family, when the city comes to life after afternoon prayers and all the shops open from 4p.m., having been closed all day, is a must, a kind of red letter event with a party-like atmosphere. It is estimated the Fair takes $20m to $30m in its ten days, including institutional sales. Some women choose to wear the full hijab, some do not

Surprises at the fair, and elsewhere in Riyadh, included many women without the full hijab covering their face, despite the stories one might hear about this being compulsory. There were also single women at the fair, giving the lie to the ‘single women must have a man with them’ tales. There were even one or two women with their hair flowing free. Most women choose whether to have the full veil or not; it is down to just that, personal choice, and it is common to see groups of friends where both styles – some with the full veil, some without – happily co-existing. And these young Saudi women seem anything but miserable and repressed! On the contrary, they are bubbling over with enthusiasm about John Green, about ‘booktubers’ like Jessie the Reader, about English classics like Jane Austen which one student was looking for. Not so different from teenagers in the UK.

There seemed to be fewer pure Islamic stands than at other fairs in the region, but perhaps it was just that there are so many other publishers here that the effect is diluted. US publishers were represented by the Combined Book Exhibit display, with Lebanese publisher Nasser Jarrous overseeing it on behalf of CBE’s owner Jon Malinowski back in the States.

One other little observation. This fair was superb for disabled access, with many stands having ramps for wheelchairs. This may be connected with various research initiatives by Saudi royalty – outside the conference centre was a mobile office for the Prince Salman Centre for Disability Research.

South Africa is country of honor and has a delegation of eight here, including the writers Fred Khumalo and Bathandwa Mcuba. The stand featured a display of titles from South African publisher Xarra Books & Publishing. All told, this year the ministry has extended its hand of welcome to some thirty writers, journalists and intellectuals from outside the Kingdom, among them National Geographic and New York Times Magazine writer Cynthia Gorney. There is a distinct sense of openness on the ministry’s part and Al-Ghamdi seems to be looking beyond the Arab world. Promoting a “Peaceful Co-existence” Amid Policing

Opening the fair, the Minister of Culture and Information Adel Al-Toraifi called on writers, scholars and thinkers to combat “terrorism through their writings, and to promote the principles of peaceful co-existence. “The theme and the efforts to organise the book fair with this theme reflect a pledge on our part to fight waves of violence and terror which are threatening the security and stability of society and nations. This is the grand role of books and writers.”

Also apparently walking the aisles, though you might need a trained eye to spot them, were the mutawwa, the so-called ‘religious police’, officially known as the Committee for the Promotion of Virtue and Prevention of Vice, whose job it is to spot an eccentric code of ‘infringements.’

The co-founder of Kuwait-based Platinum Book, Ahmed Al-Haidar, said: “Once a colleague of mine was wearing a Shia symbol around his neck and he had to remove it [Saudi is largely a Sunni country]. Another time one of my colleagues was asked about his hairstyle, ‘why does he have his hair like that?’ However, sometimes they just close their eyes and you can sit down and joke with them and they’ll take coffee. They tend to bother women more.”

He talked about them quite openly, which in itself is significant, but sadly, I didn’t see any on my trip, which is rather disappointing: they’re only people and the conversation could have been interesting. One even mentions them hesitantly because it only serves to whip up the very preconceptions mentioned earlier. To reiterate: the place seemed anything but cowed and repressed. There seemed little sense of unhappiness – unless you count the graffiti on a wall in a residential district near the hotel. But graffiti is a healthy sign of a form of dissent no? In fact, at times Riyadh seemed rather like the West – the familiar obsession with mobiles (though not tablets – there were hardly any iPads at the fair), a strong belief in family and a love of talking. < Prayer time at the Fair is an extraordinary sight.

On digital, with Kindle still not supporting Arabic, many players are moving to start their own platforms, their own e-reader apps for mobile, tablet (despite their relative rarity) and laptop. Thus the two main bookselling chains, Jarir and Obeikan, each have their own platforms, as does publisher Madarek, which has offices in Riyadh, Dubai and Beiruit. But it is an area that is only just beginning to stir.

One story about Saudi Arabia has dominated the media in the UK in recent weeks. t is the flogging and imprisonment of the Saudi blogger Raif Badawi who has been found guilty of insulting Islam. Cautiously broaching this subject with a school teacher shopping at the fair with her family was an interesting exercise. The woman, fully veiled, was originally from California and is essentially an American woman now living in Saudi, having married a Muslim and taken up the faith.

On this specific case she said: “If you lose your faith, that’s between you and Allah and that’s fine. But if you then go broadcasting it and bad-mouthing Islam, then that is different. I think this man has issues…” Her three, well-read daughters were with her, one of them also a teacher. All of them seemed entirely reasonable and intelligent. It was an odd exchange.

And so back to an issue discussed (rightly) almost obsessively in the West – the law against women driving. Well, having experienced the roads for a week and seen the aftermath of one almighty smash near the hotel, all I can say is who would want to drive here? The women are lucky! The roads are not pleasant places. Saudi men are charming and friendly – until they get behind the wheel (same for men everywhere?). The reason women should be allowed to drive is that it will bring some sanity to the roads, a little grace.

But, to be serious (although, in a way, I was being) many Saudis say it will come eventually– even if, as one Riyadh local observed, “the car manufacturers won’t like it, because women won’t buy the big BMWs and SUVs…” With the new leader King Salman still finding his feet as it were, and new appointments having been made to various ministries, the book industry – and the people – are waiting to see which way the wind will blow. In the meantime, some breath-taking initiatives are underway, like the space age, gleaming King Abdulaziz Centre for World Culture arising seemingly from the desert in the eastern province. It will include a state-of-the-art library with 250,000 titles in Arabic and English.

One should not be too quick to judge this country. From my brief experience, there is a good deal to admire; it is beholden upon us to maintain a respect for its culture and sensitivities, while also respectfully challenging it in particular areas. In some ways we are in Charlie Hebdo territory again, about whether certain things should have happened in the first place.

The key is to meet and talk and exchange. International book fairs – particularly in countries like Saudi Arabia – have a hugely important role here. They are cultural peacemakers and that is to be applauded; the Kingdom has reached out a hand with the fair’s international delegation and we should accept the gesture with respect and thanks. Who knows what mutually beneficial middle ground can be reached?