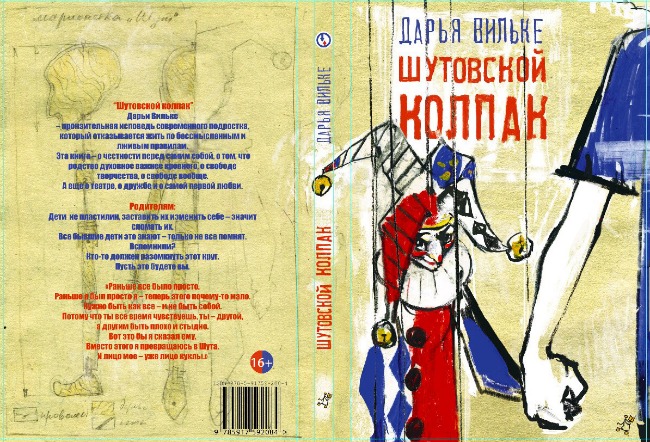 Russia’s Samokat has been awarded the Jeri Laber International Freedom to Publish Award from the Association of American Publishers. The Jesters Cap, without the “anti-gay” 18+ warning required under Russian law.

Samokat garnered headlines least year when in the wake of Russia’s crackdown on gay rights, the publisher put out The Jester’s Cap, a novel by Russian émigré Daria Wilke which tells the story of a boy named Grisha, a 14-year who lives and works in a puppet theater with his family and an older gay friend, Sam, who ultimately leaves Russia for the more gay-friendly Netherlands. Not only did Samokat publish the book, but it did so — controversially — without the required warning label.

At the time, the author, Daria Wilke, told the Atlantic that many called her “brave,” noting, “brave” is also a word that could be used for bookstores carrying the book. “That was a surprise for me — I was afraid that bookstores would not take it. Usually they really are skeptical about taking on these difficult topics,” she told The Atlantic. “It was a pleasant surprise that most stores took it, though some put an ‘18+’ stamp, even though it’s a young adult novel.”

The Jeri Laber Award recognizes a book publisher outside the United States who has demonstrated courage in the face of restrictions on freedom of expression.