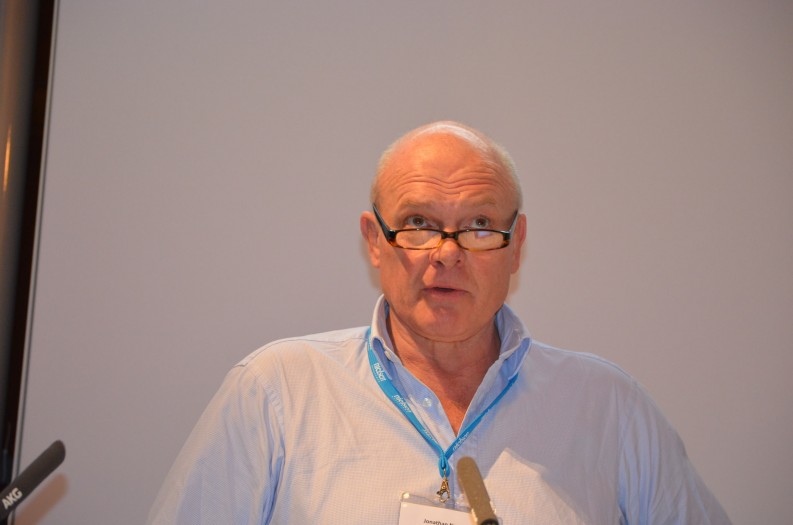 UK publishers sold £2.2 billion of books in 2004, with ebooks accounting for nearly half UK fiction sales — though print in other categories proved resilient.

Forty-eight hours after Bloomsbury Chief Executive Nigel Newton told delegates at the International Publishing Congress in Bangkok that publishing was now like the coach at the end of the film The Italian Job (the original, 1969 version) – teetering on the edge of the cliff because the rise of digital was potentially able to “wipe out a significant percentage of the world’s bookshops” – some stability and more positive news, for the UK market at least, was provided back in London at Nielsen Book’s annual conference, now re-named BookInsights.

British consumers bought approximately the same number of books in all formats in 2014 as in 2013 – some 311 million units – but spent around 4% more on them, taking the value of the British consumer market back up to £2.2 billion, after a dip to £2.1 billion in 2013 over 2012 (the Fifty Shades year). This is modest good news for publishers since it means – theoretically – that they are making more money from the same amount of unit sales. Consumer Research Director Steve Bohme, in another of his typically entertaining presentations, pointed out the relative resilience of print and indeed of the physical places in which print books are bought. “In 2014, we saw an increasing number of readers engaging with digital reading and media, but the proportion of book buyers reading printed books, newspapers and magazines has stayed level over the last three years.”

However, the resilience of print is more about a reduced level of decline than a complete turnaround. “With book buyers increasingly owning digital devices, the share of book purchases taken by ebooks continued to rise in 2014,” said Bohme, with it now standing at around 30%. “The continued migration to digital helped e-tailers gain share of book spending in all the main categories in 2014, with online spending overtaking in-store spending on books for the first time. Does the famous image work as an analogy for the book business? Not so much.

“However, bookshops gained share in the printed market, and in-store remains ahead of e-tail in children’s books, the gift market, among lighter buyers, for impulse purchases and where the channel is chosen for the selection of books available and for a better shopping experience.”

Ebooks now account for nearly half UK fiction sales, but are growing faster in non-fiction and children’s. Migration to digital is still least for 0-12 children’s books and illustrated non-fiction, but Bohme noted that the rise of tablets – and their continuing improvements in rendering of color and illustration – may lead to a change here. Equally, he noted that the many distractions offered by tablets may take users away from publisher-produced content completely.

Some 56% of UK book buyers now own a tablet, compared to 25% owning ereaders, and Nielsen’s research shows that consumers’ prime use weekly use is for surfing the Net (84%) followed by e-mail (67%) and social media (63%), down through gaming, YouTube, news and magazines to film and TV, and finally, to reading books at 40%.

No prizes for guessing which genre showed the most growth in the year. YA fiction was probably the strongest performing category, with overall spending on children’s books, print and digital, up by 15% in 2014. Jonathan Nowell, President of Nielsen Book, presented global figures and commented: “In all territories, children’s book grew, apart from India.” It seems that almost wherever you look there is no fault in John Green’s stars.

Bohme also presented some research on the much-discussed subscription sector. Only 3% of UK book buyers currently use a subscription service, but 6% said they were planning to and 16% said they liked the idea. When it comes to audiobooks, such services gained in popularity in 2014 over 2013, up from 4% of book buyers to 27%. Commenting generally on the UK and US markets, Nowell said: “Many consumers buy both print and digital. They favor ebooks when they are cheaper, or when it is a riskier read, an author they don’t know perhaps. But print is preferred when the price is similar, or it’s a favorite author or if it’s for a gift. So the novelty of ebooks is easing up; there is a normalization.

“Teenagers prefer print for pleasure, and digital for schoolwork. They want people to know what they are reading. They are aware that print says something about them.”

With unit sales steady in the UK, no publisher/retailer dispute distracting attention, and bookshops holding their own, one is tempted to paraphrase The Italian Job’s famous song: “This is the shelf-preservation society….”