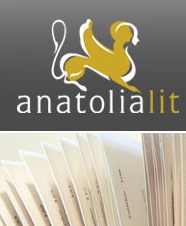 Leading UK literary agency Andrew Nurnberg Associates and Istanbul’s AnatoliaLit agency have announced a new partnership, just in time for the Bologna International Children’s Book Fair. AnatoliaLit was launched a decade ago by Dilek Akdemir and Amy Spangler, who wrote about the experience for Publishing Perspectives.

Nurnberg is known for expanding his network internationally, often by opening an affiliate office or else through partnerships. “We began setting up over this in the early 90s in Russia in Moscow. Until 1991 under Soviet rule there were few publishing houses, all state-run, and in the main what was published was literary fiction, some propagandist fiction, children’s books, and a bit of serious nonfiction. But not that much was published in the West,” Nurnberg told Publishing Perspectives.

“Then when the walls fell, private publishing come into being. I had studied Russian and knew Russia well, so we had been selling rights to Soviet publishers…but not so many. Once this was going well, we then embarked on Eastern Europe, where established offices in Bulgaria, Latvia, Poland, the Czech Republic, Hungary, Romania. Then we have also set up partnerships in Beijing and Taipei.” But Turkey often proved a challenge. “We have worked through no fewer than three co-agents there, but we have never been 100% satisfied,” says Nurnberg. “Turkey is an interesting market from a literary point of view. It has a very strong readership, there are many bookshops, people love books, we think that it is a buoyant market and that it has considerable for potential for growth. And, naturally, I want to be sure that there is somebody there on the ground who can look after our own authors.” Thus he came to the new partnership with Spangler and AntatoliaLit. “I had been tracking their work over the years,” admits Nurnberg, “ and was impressed with the clarity, professionalism and passion that their enterprise displayed.”

AnatoliaLit represents an international roster of publishers and agencies in its capacity as co-agents, in additional to selling rights for a select list of authors from Turkey. The partnership begins formally on April 1.