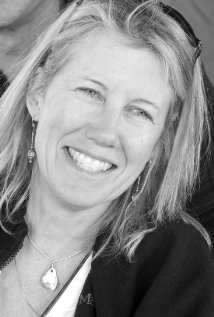 Lisa Bruce discusses how she spent years working on the film “The Theory of Everything” before convincing the author to sell the rights to the original memoir. Of course, while this worked perfectly for Oscar-nominated Anthony McCarten, it’s not very scientifically sound — not repeatable. No real theory pertains to The Theory of Everything’s trip down Oscar’s red carpet because, at heart, both the story and the story of the story rely on that ultimate incalculable improbability: love.

This is the story of Jane, a smart, healthy, beautiful student who meets Stephen, a brilliant, healthy, nerdy-cute student. Stephen’s health fails. His doctors tell him there’s nothing to be done: over the next two years he will whither in agony and die. Jane continues to love him, though. Her love, like all true love, appears to others as an affliction. She can’t help herself. She loves him. She prods him, comforts him, feeds him with a spoon, has his babies. Fifty years on, he’s a septuagenarian grandfather, internationally renowned for his insights into the very nature of the universe and ever grateful to her for saving him from oblivion — and she’s a memoirist whose most intimate moments are now rendered as entertainment and inspiration for millions the world over.

Yes, says the woman at the center of The Theory of Everything — veteran Hollywood producer Lisa Bruce:

“I really see it that way. I think that’s a perfect description of it. Because it really is love conquering all…They have that great scene where the father says, ‘The weight of science is against you, Jane. And it will not be a fight. It will be a heavy defeat for all of us…’ I gotta say, I think there are people that would have made a different choice than she made at that point…the medical professionals at that moment…were basically saying, You really should go ahead and just let him, basically, die…The whole story is such a magical story to be part of because it’s…true. I mean if you really thought about it: I’m going to make this up — this fictional dude…[who is] considered by most people to be the Einstein of our time and he’s going to get a disease that’s going to reduce him to his brain…he becomes this brain in a chair — like a sci-fi superhero…to have that be the one thing that is not effected — it’s surreal. If you wrote that as a fictional piece, people would say it’s so coincidental…unbelievable…shoehorned.”

“Agents don’t typically want people to get attached to something that is so speculative…they really want you to just get the job and make the money so they can make the money, but our agent, Craig Bernstein at ICM, he’s different. He does really read…he had signed Anthony [McCarten]…I was simultaneously bugging him, ‘If anything comes across your desk…’ He did call me up one day and said, ‘I want you to read this sort of draft about Stephen Hawking…I’m not really sure if he [the screenwriter] has the rights…’ I read it and quite loved the idea of it. Anthony is such a good writer that the early draft was quite something…we spent about three-and-a-half, almost four years working with Jane Hawking…For writers, I think one of the key partnerships in their life, if they want to have their stuff translated to a screen, is the producer. You want to really shop…with a forensic study of who they’re dealing with and what they want to make because otherwise your material can get quite cannibalized…It’s like any kind of creative journey — if you find a partner, you will know after three meetings: They’re making the same story that you’re trying to make…and [you think] I’m probably going to argue and disagree with them at times but they’re trying to tell the same story. You’re going to know that after three good meetings. People just should have those meetings.”

But eight years, though…?

“She [Jane] had never really thought of it as a film and didn’t think their personal life should be in a major motion picture…it took quite a long time to sort of walk her down the road of what that might look like…Because Stephen is typically more the hero, the leader, the reason someone’s making the movie…he’s typically the one who gets the spotlight. So I think that her concern was always, ‘Y’know, this movie will be so much less about the journey I went through.’ …Anthony and I worked for all that time…we didn’t have anything if we didn’t have the rights…he had speculative scripts, but you couldn’t go anywhere meaningful if you didn’t have the rights to the underlying material…Anthony was really open to any kind of notes and thoughts — so that’s kind of producer’s dream. And it turns out to sometimes be a writer’s dream to actually get notes and to have somebody care about the project as much as they do. We did this back-and-forth in cafés and long-distance Skype calls and he kept re-writing and it kept getting better and better…by the time she finally signed, we really had a script that we thought was effectively almost camera-ready…And then we, together, went to [director] James Marsh and he read it and fell in love and so by the time I went to Working Title we already had a director attached. That [all] made it move very quickly… I did go out to several companies as soon as we had the rights. A lot of companies wanted to make the movie…I had worked with Working Title…I brought it to Eric Fellner…He read the material and responded immediately, actually — like within eleven hours…”

Eight years to get the rights, eleven hours to get it funded?

“I think what’s very rare about Working Title is because they’re very used to movies about real-life people, they’re used to how treacherous that path is. They’re also backed by a studio, Universal, so they could do what almost no other company could do — they could allow us to cast the right actors as opposed to names. Other companies needed more celebrity names to play Stephen and Jane—to shore up their security…We don’t blow anything up. There’s no sex or violence. It’s a tougher movie to sell…In that sense, they were one of the only companies that could let us work with fabulous up-and-coming actors who were really right for the roles. The companies that are smaller, oddly, need bigger names so that they have something to pre-sell. But a studio said, ‘We can make these people household names’ — whereas smaller companies want you to go and get Brad Pitt to play Stephen Hawking.”

Wikipedia, in addition to the requisite article dissecting and spoiling the movie’s plot, sports a separate article entitled, “List of accolades received by The Theory of Everything.” Amassed thus far are 108 nominations. The running tally, presently at 19 wins, includes the 2015 Best Actor OSCAR, BAFTAs, Golden Globes and “The Invisible Woman Award—2014” from the Women Film Critics Circle.

The mechanics of book-to-film are, of course, subject to the vicissitudes and peculiarities of Hollywood’s notion of the hero/heroine. Jane Hawking’s love rescued a young man from what the finest medical minds deemed certain imminent death, gave him dignity and purpose, nursed and fed him, made three babies with him, nursed and fed them — and all lived happily ever after. Is that not sufficient heroism for a $15 million movie? Lisa Bruce chuckles: “Seems like it should be, right?”

The Women’s Media Center’s “The Status of Women in the U.S. Media 2013” notes that, although women comprise half the human population and account for half the U.S. movie-going audience, women protagonists are very hard to come by: Of the 100 top grossing domestic films of 2011, a mere 11% of the protagonists were female — and that’s down from 16% in 2002.

Says Lisa: “You rarely, rarely read [screenplay] stories where the female characters are as complex and interesting and messy and powerful as the men…Anthony wrote Jane as complex and interesting and layered and as powerful as Stephen. And that’s just really great writing. That’s somebody who cares that each character that’s speaking and each character that’s moving across the page in his script and then is going to move across the frame in the movie needs to be as interesting as the next…so many women in the movies are…ornament…They’re not as interesting as the man. And that’s so untrue. Women are as messy and interesting and as complex as men…I think it will be interesting when action pictures and comedies and dramas…[will be] told as often from a female point of view or a female protagonist as they are told from a male protagonist. That will be a wonderful day. I don’t think I’ll still be alive when it happens, but it’ll be a wonderful day.”

Will there be a complex female lead in your next movie? “One hopes so,” says Bruce. “I have optioned a few things — and I’m working with writers on them. They all have a long way to go, but they all have interesting female characters.”