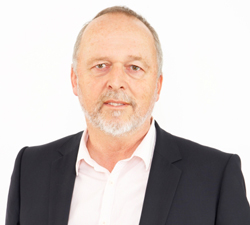 The CEO of Australia’s Hardie Grant Publishing urges independent publishers to embrace “transformational solutions” to stay profitable in the years to come. In a market which has fragmented, becoming more global, independent publishers must respond to “a variety of challenges and opportunities” so that they can continue “to access profitable opportunities” in the future, says Grant.

With a fine publishing pedigree — he ran Reed Books UK during its heyday in the 1990s, has steered Heinemann, Octopus, and Reed Australia, helped to secure UNESCO City of Literature status for Melbourne in 2008, and chaired Melbourne Writers Festival — Grant, with wife and business partner Fiona Hardie has, since 1997, grown Hardie Grant into a diverse non-fiction publisher with 150 employees worldwide.

To develop a global strategy is a vital move for indies if they want a profitable future, says Grant. “As independents, we often saw ourselves as unable to compete with the multi-nationals for global distribution and thus for global authors, and to a degree we confined ourselves to more local publishing,” says Grant. Now with the media so globalized, and readers all over the world able to find and buy books online, independent publishers can be “much more confident and active” in global markets, he says.

Hardie Grant’s own global strategy is starting to pay off. In 2013, it acquired UK non-fiction house Quadrille, publisher of titles by textiles and furnishings designer Cath Kidston, TV chefs James Martin and Gordon Ramsay, and a roster of other non-fiction writers in crafts, family health, food and wine, gardening, and property.

Hardie Grant was already distributing Quadrille titles in Australia and, says Grant, “in buying UK publisher Quadrille, we were able to access one of the outstanding rights and editorial teams in the industry, led by Margaux Durignon.” Beginning in January 2015, Hardie Grant titles are sold into international markets through Quadrille, an arrangement that put fire power behind The Green Kitchen, first published in 2013 by Kate Pollard for Hardie Grant London. It has become one of the group’s bestselling titles.

“It emerged from a Swedish blogger, blogging in English on the topic of healthy eating, who had built a massive online audience, mainly in the US,” says Grant. “We are able to reach that audience with global digital marketing and with the support of online retail. These are new opportunities for us to find authors and take them to a global market.”

Challenges Ahead for Independent Publishers

While Grant is upbeat about such new opportunities, he doesn’t sugar coat the challenges ahead for indies.

“Prices have been static or falling, customer terms have got more demanding — we get less of the retail dollar — volumes are down, and we need to originate print and digital versions. So not a pretty picture,” he says. The publisher’s strategy in response has been to look for new channels, mainly non-book retailers, and new markets, meaning those new global routes, and “aggressively entering digital markets where we have taken on ebooks and some high-risk/high-reward propositions,” says Grant.

Alongside the group’s book imprints and magazines, there’s Hardie Grant Digital, which provides e-book production and distribution, and other digital content services, for group properties and for third parties. The digital unit also develops original apps, like Wine Regions of Victoria, and music quiz game RocKwiz; and publishes commercial websites such as bride.com.au.

As well as looking to international and digital markets, Grant advises fellow indies to nurture mutually beneficial relationships with independent booksellers. “Australia is blessed with a strong independent bookselling community and relations between them and independent publishers is mutually really supportive,” says Grant. “They are much more aware now that major publishers’ major bestsellers are massively discounted in the mass market. Independent publishers can give them a range that offers a point of difference, access to authors for events, and partners with much in common.”

One of the keys to his long and fruitful publishing career is a happy relationship with investors, and that relies on “delivering the numbers consistently” says Grant. But what’s the secret ingredient that lies behind this? “Good staff who really know the business and the market are the key. Get really good people from day one. Trust and mutual confidence are the qualities I want and they should have either brains and ambition or great complementary skills.”

For himself, Grant has “found it a very satisfying career . . . if you can find a good role, it is meaningful work and allows you to meet and work with authors who can give you unique insights to the world.”