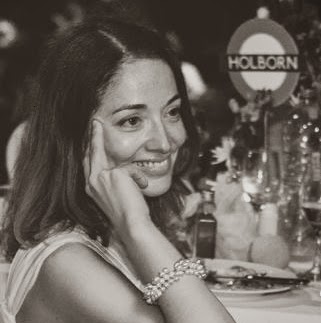 In the first of a two-part series, literary agent Evangelia Avloniti considers the cultural reasons why so little Greek literature is translated. The conundrum facing Greek literature outside of Greece has been the same for decades now: why isn’t it translated, and how can it find its place in a competitive world dominated by international bestsellers in English or in other European languages? Perhaps, a couple of decades ago when translated books made up only 3% of English-speaking publishers’ output, it wouldn’t have mattered so much. These days, however, as Scandinavian fiction, among others, is on an unstoppable rise across the world and, according to a report by Literature Across Frontiers, literary translations have grown by 18% in 20 years in the UK, it matters more than ever.

So, why are there so few translations from the Greek and what are the reasons behind Greek literature’s invisibility abroad?

Soti Triantafillou, one of Greece’s most prolific and beloved writers, maintains that it is Greek insularity and isolationism that might be partly to blame.

“Greece is part of Europe,” she says “but remains, merrily and stubbornly, out of the Western club. There are various reasons for this: different religion, mentality, different historical and cultural diplomatic affiliations. Thus, what is required from Greek literature in order to be interesting and translatable is nearly impossible: when the subject matter and writing style are ‘similar’ to the European-American at large it is not exotic enough – when it is ‘local,’  it is, understandably,  considered as ‘regional fiction,’ an inferior genre that is.”

Local is not necessarily bad, argues iconic author and philosopher, Nikos Dimou, citing the evolution of Latin American literature into a literary genre of its own as a great example. “Greek writers are trapped in their environment and their mentality but they have not succeeded in exporting this different attitude as did the Latin Americans or the Scandinavians,” he says. “Profiting from singularity is a matter of style, and there Greeks are lacking. Also I must add that there are not enough competent translators from Modern Greek. Most translations are not doing justice to the original.”

Highly-respected novelist Angela Dimitrakaki blames Greek literature’s dated image and maintains that “it is the country’s suffocatingly conservative literary establishment that is largely responsible for it. They control Greek cultural institutions and project an utterly dated and dull image of Greek literature,” she argues. This is not to say that there have not been Greek successes abroad in recent years: Petros Markaris’s hugely successful detective novels have been translated in more than 20 languages and have become bestsellers in Germany, Spain and Italy; Nikos Dimou’s celebrated book of aphorisms, On the Unhappiness of Being Greek, has been translated into eight languages and has become a bestseller in Germany; and Christos Ikonomou’s powerful collection of short stories on the economic crisis titled, Something Will Happen You’ll See, has made quite an impact in Italy and Germany, and is currently being translated into Spanish and English.

More recently, a non-fiction book by Yanis Varoufakis, Greece’s finance minister who has become something of a global celebrity is causing quite a stir. Titled, Talking to My Daughter About the Economy, it has just been sold in Spain, Germany, Italy, France and Serbia and is set to become an international bestseller.

It is interesting to note, however, that with the exception of Markaris’ detective novels, all books mentioned above are linked in one way or another to the Greek economic crisis and the interest the country has generated in the international press in recent years.

This is natural, says Mark Richards, editorial director at John Murray, Hachette UK. “We want to hear the stories that our own writers are unable to write, because they don’t know enough or haven’t lived through it. In this case, the stories from Greece that people want to hear at the moment are about the crisis and its effect on people’s lives there.” But what about those worthy Greek literary novels which are not tied to Greece’s recent notoriety like Angela Dimitrakaki’s, Inside A Girl Like You, Soti Triantafillou’s, For the Love of Geometry, or Amanda Michalopoulou’s Why I Killed My Best Friend, which are all prime examples of high-quality Greek fiction? Dimitrakaki argues that one of the reasons they remain invisible is cultural racism.

“The example I usually give when I’m asked the question of translation,” she explains, “is the Greek writer who was told, having written a novel involving Europe and Kafka, that Europeans ‘don’t want Greeks to write about Kafka but about windmills’. It makes me cringe. This cultural racism still stands, in 2015. It practically means that even if a good piece of work by a Greek author did get translated, Europeans would be unable to market it. Because a good piece of work could never be marketed as ‘national literature’ or ‘minor literature’ — not today anyway. I personally have no interest whatsoever in ever be thought of as a ‘Greek’ novelist: what does this mean for so many of us who live and work all over the place? Nothing other than that the marketing tricks of the publishing industry, which are putting us off reading, and maybe even off writing. I never read Sarah Kane as ‘English’, or the early Murakami as ‘Japanese’, or Tsiolkas as ‘Australian’.”

Mark Richards believes that there isn’t any cultural ‘racism’ at work. “That’s an unhelpfully hostile way of putting it,” he says, “but I do think there’s a cultural stereotyping. In my view, fiction in translation in the UK is often published on less of a literary basis and more on what might be thought of as a reportage one, like Greek novels addressing the economic crisis, for example. Of course, this ends up favouring social realism, of a sort, and you may not be interested in that as a writer. Greek writers can of course write Kafka-esque fables or modernist monologues, but if they do so and want to be translated into English they have to make sure they’re truly brilliant. We have lots of good writers writing in English; I don’t need to translate a good Greek writer — especially given the added expense and difficult of doing so. I would translate an exceptional Greek writer — exceptional writers being rare in any language — and I’d also translate a Greek writer who was showing me something that writers in other languages can’t show.”

Dr. Michaela Printzinger, well-known translator from Greek into German, and creator of the newly-formed bilingual portal for Greek and German literary and artistic exchange, diablog.eu, has a milder word for the lack of translated Greek literature in German publishing: skepticism. “In German publishing houses, it is the skeptics that rule. For the big publishers, an unknown Greek author, who doesn’t sell 10,000 copies with his first book, is simply uninteresting. Every other language is ‘small’ for them in comparison to English.”