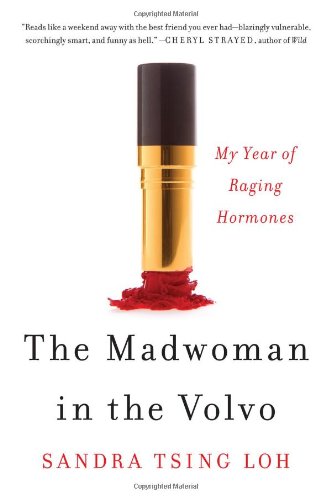 Britain’s Diagram Prize shortlist once again delivers the goods, with seven magnificent titles that are unparalleled in their oddity. Yes…it’s that most glorious time of year again. The time when the shortlist for this year’s highly-covered, much-sought-after Diagram Prize for the Oddest Book Title of the Year is announced.

The seven books on the list represent the most peculiar titles published over the past year. The winner will be chosen by a public vote on We Love This Book, the sister site of The Bookseller.

Included on the shortlist are Nature’s Nether Regions by Menno Schilthuizen (Viking), a history of the “evolution of genitals,” and what sounds like the absolutely riveting Advanced Pavement Research: Selected, Peer Reviewed Papers from the 3rd International Conference on Concrete Pavements Design, Construction, and Rehabilitation, December 2-3, 2013, Shanghai, China edited by Bo Tian (Trans Tech); academic papers from a two-day pavement symposium. (Word on the street is that Wes Anderson is in a hotly contested bidding war for the film rights for this one.) …an odd title, perhaps, but a really fine book in our estimation.

Also on the list are Divorcing a Real Witch: For Pagans and the People that Used to Love Them by Diana Rajchel (Moon Books), a “practical guide for ending pagan relationships,” The Ugly Wife is Treasured at Home by Melissa Margaret Schneider (Potomac), “an expose of love and sex under Maoist rule in China,” The Madwoman in the Volvo: My Year of Raging Hormones by Sandra Tsing-Loh (Norton) a menopause memoir, and Where do Camels Belong? By Ken Thompson (Profile), a look into native and invasive species.

As an added bonus, this year’s prize was opened to self-published authors for the first time in its illustrious 37 year history, and Strangers Have the Best Candy by Margaret Meps Schulte (Choose Art) made the cut.

“Britain’s, arguably the world’s, premier literary prize once again delivers the goods, with seven magnificent titles that are unparalleled in their oddity. With two of the last three winners sporting the word ‘poo’ in their title, 2014 was something of a return to the Diagram’s more hygienic roots. The past year has been a bumper one for the peculiar, especially in the areas of relationships and science. Nature’s Nether Regions is a long-overdue look at the genitals of the birds and bees (and everything in between), while Where Do Camels Belong? is the existential question that has plagued philosophers for centuries. Along with its real-life applications for those who have loved and lost in the Wiccan community, Divorcing a Real Witch could also serve as a guidebook for Harry Potter fan-fiction writers who are focusing on the statistically inevitable end of the marriage of Hermione Granger and Ron Weasley. The Ugly Wife is a Treasure at Home, meanwhile, is a sentiment which will perhaps resonate with many readers—if they travelled back to the 1950s.”

And The Bookseller’s diarist Horace Bent rightfully added: “This is one of strongest years I have seen in more than three decades of administering the prize, which highlights the crème de la crème of unintentionally nonsensical, absurd and downright head-scratching titles. Ultimately, it is a stunning collection of books. Let other awards cheer the contents within, the Diagram will always continually judge the book by its cover (title).”

The Prize was created by Diagram Group founders Trevor Bounford and Bruce Robertson in 1978, as a “way of avoiding boredom at the Frankfurt Book Fair.” The first winner was Proceedings of the Second International Workshop on Nude Mice. Among other winners are such classics as How to Avoid Huge Ships (1992), Greek Rural Postmen and Their Cancellation Numbers (1996), The Big Book of Lesbian Horse Stories (2003), Cooking with Poo (2012), and last year’s winner, How to Poo at Work (2014). Alas, there were no awards given out in either 1987 or 1991, “due to a lack of odd titles.”

Voting on We Love This Book ends at midnight on Friday March 20th, and the winner will be announced on Friday, March 27th. There is no “prize” given to the winning title, but the person who nominated the book to the Diagram committee will receive the traditional “passable bottle of claret.”

Learn more on We Love This Book or vote now.