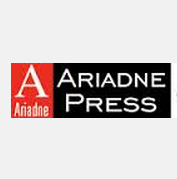 At Asymptote, Eve Richter interviewed Karl Johns, founding editor of Ariadne Press, which has been publishing Austrian literature in translation since 1998.

“We think translations are an important thing in the life of a culture.”

At Asymptote, Eve Richter interviewed Karl Johns, founding editor of Ariadne Press, which has been publishing Austrian literature in translation since 1998. The publishers’ 260 titles “range from exciting new fiction to autobiographies, pioneering critical work, and plays, on diverse subjects from Nazism to science fiction to music and humor.”

Eva Richter: How would you characterize the reception and readership of translated Austrian literature in the U.S.? It sounds rather bleak.

It’s a small niche market. You know, the population of Austria is smaller than that of L.A. county. If I just think of how many art historians have come out of Vienna, a city of 1 million people, compared to the United States, with 40 million or 80 million, it’s amazing how productive the Austrians themselves are. One would think that they would be read a little more around the world. It’s true that in Germany and Switzerland they are. The big secret if you want to know about up-and-coming Austrian authors is to read the Neue Zürcher Zeitung, because they review these things! And very well, with great interest. One would think that maybe the United States could also develop an interest in some of these subjects, but it’s always an uphill battle to get the Americans to read something.

Maybe now, with ebooks, it’ll work better. We hope digital publishing will eventually take off. One work of ours that sells quite well as an ebook is Stefan Zweig’s Decisive Moments in History. It’s amazing, Stefan Zweig’s books are still selling as well now as they did in his lifetime. It’s funny, and it’s very rare. He’s the kind of person we want the Americans to know better as an Austrian author who cared for people and wrote well.

To read the rest (which you should), including questions on what makes Austrian literature Austrian, the qualities one looks for in translations, and the advantages of publishing in Riverside, click here.