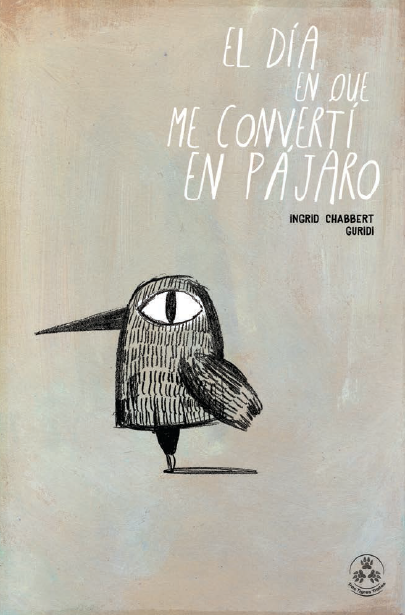 Global children’s publishers are turning away from the US and UK and toward Asian, French, Italian, Portuguese or Eastern European publishers for fresh content.

By Edward Nawotka, with reporting by Olivia Snaije Titles from Europe and Asia, such as this one, The Day I Turned Into a Bird (Chabbert/Guridi) published by Tres Tristes of Spain, and generating more and more interest across the globe.

In our profile of the VéroK Agency, Barcelona-based children’s book literary agent Véronique Kirchhoff notes, among several changes in the industry, a shift away from the books produced by Anglo publishers.

She points out that, recently, at Bologna International Children’s Book Fair, “There are more and more stands from publishers I’ve never seen before from all around the world. More people are going to Asian, French, Italian, Portuguese or Eastern European stands and the English stands are not as busy. The English are losing their supremacy in terms of selling rights because others have books that are so much more interesting. It’s a question of creativity. People are tired of the same style coming from Anglo-Saxon countries. In the texts as well, I see more narrative in other books. English books are sweeter, but so what? What publishers want is an original story.”

Recently in Publishing Perspectives, Australian children’s book publisher Andrew Wilkins offered a similar sentiment, noting that he is more content to mine lists of publishers from previously overlooked markets, in places like Asia and even France, where — in his estimation — they are producing more provocative, emotionally daring, and stirring titles.

Said Wilkins: “We are largely interested in markets that the US and UK publishers are not — Malaysia, for instance, or South America or, even, France — and we often find that many European publishers, as much as the Asian ones, will tell you that they have often not seen any of the US or UK publishers throughout the year or at their stands in Frankfurt. There there are plenty of wonderful books in the European and Asian markets that no one will ever see, so it takes someone like us to see them.”

So, have the US and UK children’s book publishers run out of new ideas? Or are they too complacent? Or perhaps merely failing to attract overseas readers as a result of catering to a conservative, middle-ground, mass market? After all, how often do we in the United States read a news story about a children’s book being banned from a school because it offers a story or theme (homosexuality, evolution, religion, politics, etc.) that might incite — what, exactly — controversy? Consternation?

Or maybe it’s something simpler: are they getting boring.