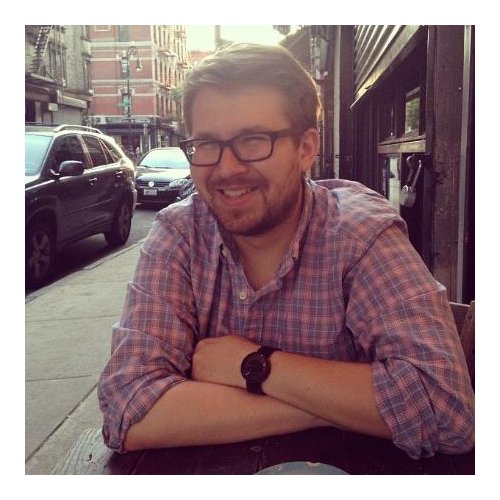 Testing first, remaining flexible, and hanging out on Twitter are all best practices for to online book marketing today, says Derrick Schultz of Atavist.

Hear more from Schultz at our March 26 conference, Designing Books for Millennials. “As a developer, you get involved with everything,” says Derrick Schultz, Director of Developer Experience at the digital publisher Atavist. Previously, he served as a developer with Open Air Publishing — which was one of the first publishers to license the Inkling platform — and then at the short-lived Atavist Books. Each experience has given him some insight into how to reach out to readers and market to them online, something that requires new thinking almost each and every day.

“At Open Air, we did how-to books mostly — cocktails, parenting books — and I was also responsible for a lot of marking tasks within the App store, says Schultz. “There were always a lot of interesting little tests and each book required its own little thing. But what you realized is that even with these books, marketing strategies need to be fluid.”

So much changes so quickly it is not worth spending six months figuring out a plan, so that when you finally launch, it is gone.Facebook started doing app-install ads, if you were in the first 6 month window, you were golden, but then when the gaming guys jumped in the auction prices skyrocketed.

1. “Do small quick tests to see if the audience is there and move into something bigger at scale.”

2. “You have to be mobile and acknowledge when something isn’t working any more. For the past year, if you wanted the young kids you had to be on Snapchat, but that has moved on…”

3. And you have to be willing to move with the moving targets. “Spend $35 on an ad buy in one location, targeted to a small demographic, use iterative testing situations. Then ask yourself, ‘Does this actually match up with the people you want to reach,” says Schultz.

4. He also advocates taking serendipitous results and learning from that. “At Open Air publishing, we found our photo book was selling really well in the UK.So we started to buy ads in UK rather than focusing on the US. That helped us hit bestseller charts in those areas and that led to vitality.”

5. As for reaching younger, digital savvy and millennial readers — a topic he’ll address as a panelist at next week’s Publishing Perspectives conference Designing Books for Millennials on March 26 — he suggests a rather simple solution: “Hang out on Twitter and seeing what apps people are talking about…whatever they are using, that’s where you should go and test.”