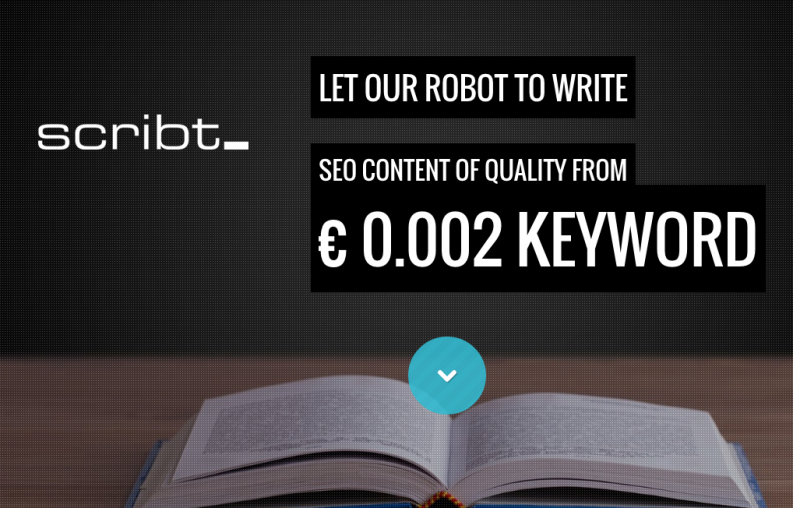 France’s LabSense is already suggesting their script program might be used to produce books.

In a short time automated robot authoring tools might take customization to a new level, leaping from producing “stories” and “journalism” to full books.

In today’s feature story, Mark Piesing describes the advent of robojournalism — or using automated programs to produce journalistic stories. In the piece, he discusses how the LA Times relied on a piece of software called Quakebot to produce a quick-turn around story about an earthquake — one approved by an editor and then published online.

He notes that many found the story very “readable.” Now here’s a comparison between two stories on the same topic, one written by a “bot” another written by a “human.”

A shallow magnitude 4.7 earthquake was reported Monday morning five miles from Westwood, California, according to the U.S. Geological Survey. The temblor occurred at 6:25 a.m. Pacific time at a depth of 5.0 miles.

This information comes from the USGS Earthquake Notification Service and this post was created by an algorithm written by the author.

Seismologists say Monday’s magnitude 4.4 temblor near Westwood could mark the beginning of the end for L.A.’s years-long “earthquake drought.”

Typically, they would expect a 4.4-sized earthquake about once a year in the Los Angeles Basin, but that hasn’t happened for years.

“We don’t know if this is the end of the earthquake drought we’ve had over the last few years, and we won’t know for many months,” said Caltech seismologist Egill Hauksson…

The big difference in the “human story” is, naturally, the “human element” — the quote at the end of the piece. Interviewing someone is, apparently, not something bots can do yet.

Nevertheless, the robowriters are coming and numerous startups are working on various aspects of the project.

With so much innovation in the space, it’s only a matter of time before automation turns into customization. Already, as James Kotecki, Manager of Media and Public Relations for Automated Insights, noted:

How soon before these automated authoring tools take customization to a new level, translating “stories” and “journalism” into full-blown book publishing? It’s only, I think, a short leap and a matter of time.

Books written exclusively for you…think about it. A story could be “adapted” by a computer to change out cultural references to make them more familiar to you, change the names of characters so they are familiar, etc…

Interesting? Scary? Tell us what you think in the comments.