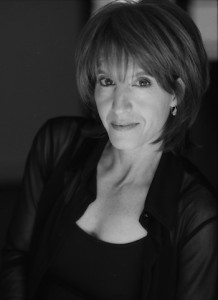 Peter Cook discusses Author Power: Profit Before You Publish by Lynn Isenberg, which offers clear-headed, calming advice for writers who want to leverage their brand for sponsorships. Just how many of these kinds of people might there be? Bowker says that despite self-publishing’s leveling off from its recent software-powered millions-per-year giddiness, “a new analysis of U.S. ISBN data…reveals that the number of self-published titles in 2013 increased to more than 458,564, up 17% over 2012 and 437% over 2008. Print titles were up a very strong 29% over 2012, indicating the format’s continuing relevance to self-publishers.” Pile on “traditional” publishing’s 300,000 annual titles and there appears a voluminous potential market of authors in search of power. As Isenberg writes:

“Let me be super clear. I am not suggesting bypassing the hard work of creating a truly valuable product. First and foremost, you are an author. Books need to be carefully written, crafted, and edited. That means content editing and copyediting. That means artful covers that pop and carefully thought out interior designs. These elements take time and money. The methodologies laid out here in which one can generate compensation ahead of publishing should provide the author the opportunity to create a product of beauty and pride which may continue to reap financial, critical, and popular success. That said the next phase…is that of Marketer…” Ms. Isenberg’s fluency in self-publishing’s ever-evolving argot entertains, informs—and calms. The would-be powered-up author may blanch at first glance. The lingo, the prices, the risks, the pitfalls, the best-bets and the must-haves, in fact, the entire bingo-to-baccarat spectrum of possible gambles can quickly sap the cash and confidence of rube and pro alike. By necessity, Ms. Isenberg’s c’mon-you-can-do-it charm belies a no-nonsense, let’s get-serious undertone. She’s talking about making money, here. And, truest of truisms, one must spend money to make money.

“You should plan on…basic hard costs…editing, cover design, website…some social media…this is regardless of whether you do it yourself or you go through an author services company or partner publisher…That means that before you’ve been published, you will be in debt.”

Debt? What happened to “power”?

Author Power is about working in partnership with brands to cover these costs and more and create limitless opportunities for your intellectual property.

“But before you can approach the brands, you’ll need to make sure you’ve positioned yourself and your brand with leverage…Leverage. Leverage. Leverage. If “brand” was the word for the first decade of the 21st century, then “leverage” is the word for the second…What can you leverage to make your book stand out? What assets have you created to build your case for attracting attention to your book? Why would this be a good idea for a brand…to come on board?”

Aristotle says, ethos, pathos, logos. Ms. Isenberg explicates a 21st-century version: credibility, exposure, reach, identity, zeitgeist. An author begins, manuscript half in hand, half in mind, by knowing, it must be assumed, something about something. The “power,” then, accrues to those authors who can leverage that something to gain exposure, to define an audience, to define themselves and to define a setting. These combine to become actual marketable assets, i.e., cash in hand to the intrepid who can summon the wherewithal to pick up the telephone and engage with marketers who, in fact, are always on the lookout. Author Power reveals no actual secrets; the book describes in richly intimate detail how a rather delightful fictional character mushroomed from an idea to a series of three novels, then to a star-powered web series and a movie development deal, then zigged into a consulting business and, finally, zagged into a 300-page how-to packed with hard numbers, real names, fearsomely honest commentary and firestarter action plans.

No product placement primer, this; Author Power delves into the heart of the write-your-own-ticket world of brand integration:

“‘product placement’ in books goes back to 1873 when ‘transport and shipping companies lobbied to be mentioned’ in Jules Verne’s adventure novel series Around the World in Eighty Days. No records reveal if he was actually paid or not. Ironically, it’s widely believed that Verne’s book was inspired by media advertisements for Thomas Cook’s tour around the world…With the advent of e-books and hyperlinks, integrating brands into the storyline is more possible. The key is staying true to the characters and separating church and state…and in knowing how to identify, create, leverage, close, and deliver such opportunities with integrity.”

Bacon says knowledge is power. Ms. Isenberg says brand knowledge is power. But what, precisely, is an author’s “brand”? What does it profit a consumer goods brand to associate (and pay for that association!) with an author’s “brand”? After all, Ian Fleming never charged for these gems in 007 in New York: “And then what about the best meal in New York—oyster stew with cream, crackers, and Miller High Life at the Oyster Bar at Grand Central?” No charge for Major Smythe’s pre-suicide reveries in Octopussy: “Major Smythe gave a groan of joy. He sat down on a hard piece of rock and his mind went orbiting through Bentleys, Monte Carlo, penthouse flats, Cartier’s, champagne, caviar and, incongruously, but because he loved golf, a new set of Henry Cotton irons.” What might have been the market value to the Miller Brewing Company for mention in an English spy story? Most likely, no one ever asked…

Author Power shows authors the art of The Ask. Your female spy-hero is also a scratch golfer? Calloway Golf might just love to offer your books for sale on its web sites, might just love to see to it that a stack of your books sits next to their top-line ladies gear in shops across the world—provided your hero tees it up with her new Callaway X2 HOT driver while wearing Callaway NEOX shades. Your hero is diligently pursuing her degree at one of those shopping mall-based/online colleges while raising three kids and working at the meat-packing plant? Maybe National University would be thrilled to sponsor your debut novel! Your dreamy heiress-hero finally gets her international playboy alone — at the über cozy-chic Point Grace Hotel on Turks and Caicos? You bet that mention in your development-deal-ready romance-thriller might just be good for the loveliest of weeklong freebie get-aways (with which you could barter for great copyediting or cover design). Most likely, it’s all but an ask away.

It’s the who and how and what to ask that Author Power wants to impart.

Well before the Table of Contents, readers are treated to a powerful lesson in the power of picking up the telephone on one’s own behalf. Ms. Isenberg mosaics a dozen instructively lustrous accolades from business, entertainment and academe whose impress does the trick brilliantly: a marketing professor at the Sorbonne assures, “Her talent to explain and illustrate this branded entertainment process gives us valuable hints to forget product ‘placement’ and to strategically think about brand efficient integration”; a former teacher illustrates, “I met Lynn Isenberg ten years ago when she walked into my office at the University of Michigan and asked to sit in on my business ethics class. She was writing the first book of her Funeral Planner trilogy, it would contain some ethics issues, and she wanted to get them right…Who travels halfway across the country to sit in on a business ethics course to get the ethics right for a chick-lit novel?”

Author Power shows by example — from cover to cover — that self-promotion is not only not a sin — it’s a useful, artful, lovable, learnable bankable virtue.