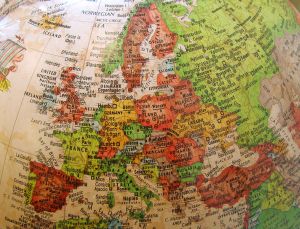 For many years, the European Commission spent a great deal of energy into investigating whether or not Europe should develop a single, pan-European ebook platform and marketplace — partially at the behest of Amazon, partially to compete with Amazon. Several years ago, Spanish publishing consultant Javier Celaya wrote on Publishing Perspectives there was an opportunity to create a “One World E-book Alliance” — while several years ago, publisher met with the EC to advocate for the development of just such a pan-European market.

Among those on-hand at that meeting was Ronald Schild, then CEO at MVB GmbH. At the time, he was in favor of creation of such a platform, but yesterday he told Publishing Perspectives he has changed his opinion.

I am just not sure there is any value in a pan-European ebook platform. The European Commission wanted to create a single market for content. I was talking in favor of the publishers because they have no problem with international sales, so long as it is not in English or Spanish. But I realized that it is ultimately going to take a great deal of work for little reward. You would have to aggregate about 40 distributors. And ultimately, let’s face it, so many of those books are simply not going to sell. A Lithuanian reader living in Spain is not going to go to a Spanish ebook platform to buy a Lithuanian ebook. They are going to go to a Lithuanian one. It’s that simple.

So tell us, what do you think, is a pan-European platform still a viable option? Or has the ebook market progressed so far that it has rendered the point mute?