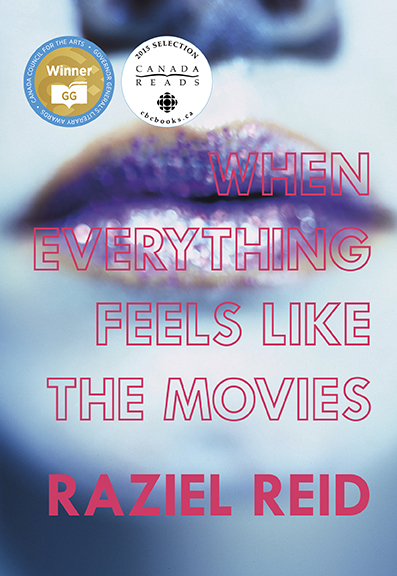 Some in Canada are protesting the awarding of the 2014 Governor General’s Literary Award to a controversial book about high school gender identity issues. At The Ottawa Citizen, Paula McCooey reports that children’s book author Kathy Clark has joined a protest of what some have called a “vulgar” and “gratuitous” book about high school gender identity issues that received the 2014 Governor General’s Literary Award.

Clark, the author of two children’s books, signed the petition to the Canada Council (along with 1500 others), arguing that the language that Reid uses is “inappropriate” for a book classified as Young Adult (ages 12-18) in the children’s literature category.

“I know it’s difficult to write about difficult and sensitive issues,” she told the paper. “But it is very possible to write about them in an appropriate way without resorting to vulgar language.”

Reid, who received $25,000 for the award (his publisher, Arsenal Pulp Press received $3,000 to help promote it) said in a statement to the Citizen that he “set out to reflect what young people talk about, and how they talk about it.”

The 25-year old author said, “I’m not promoting a culture, I’m depicting one – and I’m doing it with the graphic language that culture uses, and with the themes that culture is consumed with: fame, drugs, sex, and selfies.”

“For my generation, a (Facebook) Like has replaced physical warmth and affection. This has created a nihilistic society obsessed with ‘instafame’ and instant gratification. As a result, youth are facing a deeper isolation than ever before. I wrote this story so that readers can understand lost teenagers like my narrator Jude Rothesay.”

Kevin Sylvester, Jessica Scott Kerrin and Hiromi Goto, the peer assessors who selected the winner out of more than 200 submissions said this about the book: “An edgy and uneasy story with no simple resolutions, Raziel Reid’s When Everything Feels Like the Movies is unflinching. An openly gay teen in a small-minded town, Jude Rothesay’s fantasy life is a movie but his real life isn’t. He is audacious, creative, rude, often hilarious and sometimes heartbreaking. He’s unforgettable.”

Despite the controversy surrounding the book, the Canada Council has said that the award won’t be revoked.

“Finalists and winners of the Governor General’s Literary Awards are selected by peer assessment committees, or juries, that are composed of respected members of the literary milieu. They base their decisions on the literary and artistic merit of the books in the competition,” the council’s head of writing and publishing, Arash Mohtashami-Maali, said in a statement.

“The Canada Council for the Arts stands by their choices.”