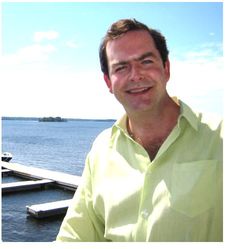 Thad McIlroy offers some key data that tries to to answer the question, “As a publisher, what should I be doing to address mobile technology?” I’ve recently finished researching, writing and co-publishing a report on what mobile means to publishers today (Mobile Strategies for Digital Publishing: A Practical Guide to the Evolving Landscape). The first draft of the report meandered over the surface of the topic without solving the key question: As a publisher, what should I be doing to address mobile technology?

The challenge I faced was that mobile had tricked me. I thought I knew mobile: I had a two smartphones (one Apple, the other Samsung) and two iPads (original and mini). I texted and emailed from my phone. I used a bunch of social media apps and read ebooks through the Amazon Kindle app or the iBooks app. All of that felt like my immersion into mobile. I thought I got it.

I didn’t. Mobile is a slippery fish, shiny on the outside, but then deep and dark and determinedly elusive. Perhaps digital natives take smartphones for granted. But my generation, late baby boom, keeps mobile at bay. I’m often in conversation with friends and peers where we ridicule the notion of reading books on a smartphone. We laugh at the youngsters on the bus holding $500 tablets, doing what, playing Candy Crush Saga. Ha, ha. We’re not comfortable making long phone calls on a cellphone; most of us still have land lines. (And we set ourselves apart from the younger crowd in that we actually still make long phone calls!)

Sure I still used my desktop computer 90% of the day, but I also used my smartphone whenever I went out. Didn’t that count?

It was time for a second draft. This time I was determined to grab hold of the fish. I realized that the best way to understand the mobile opportunity was to pin down the data that defines today’s mobile market. How many devices are out there? What do people use them for? Where do smartphones fit in with tablets, e-readers and desktop computers? Which devices are most popular for reading?

Here’s a look at what I discovered.

Analyst Benedict Evans provides this chart comparing unit sales of PCs to sales of smartphones and tablets. It shows that annual mobile unit sales overtook PC sales after 2011 and now has left them far behind. Smartphones have nearly twice the U.S. installed base as do tablets. The loud explosion in tablet sales has slowed to a near-stop. Sales in “mature markets” were forecast to grow by just 3.1% in 2014. Part of what’s slowing tablets is the rise of phablets — smartphones with 5.5-inch and larger screens. They’re causing people to second-guess tablet purchases, as the larger screens on these phones are often adequate for tasks once reserved for tablets.

Still Apple will ship some 55 million new iPads this year, and many of those will be going to new customers, rather than serving as replacements for existing customers. The iPad opportunity remains large and is still growing.

Mobile is not a single market. It is divided by device — smartphones and tablets. It’s divided again by the operating system of each device — Apple iOS or Google’s Android. Many reports show that Android now ranks as the top smartphone platform worldwide.

In tablets the story is different. There’s the Apple iPad, and then there’s everyone else. The iPad has nearly 60% of the installed base of U.S. tablet users. (ABI Research assigns to Apple 51% of worldwide tablet market share as of December 2013.) iPad users are more engaged by their devices than other tablet users: in this respect, too, iPads dwarf the other players. iPads accounted for over three-quarters of tablet use when measured by the total volume of web traffic driven by tablets. Users of Apple mobile devices spend more on just about everything, from mobile apps to the online commerce mediated by those apps. But it’s foolhardy to focus exclusively on Apple mobile. The gap is closing, and mainstream app developers now take Android as seriously as iOS.

Though lumped with tablets into “mobile,” smartphone use is markedly different from tablet use. With their larger displays tablets are better suited to visiting websites than with the small screen real estate on smartphones. Tablets are also the mobile platform driving big-ticket online sales, but no longer comprise the bulk of mobile online sales volume. PCs continue to dwarf mobile online spend, commanding as much as 90% of the total.

With a handle on the broad mobile usage picture you can embark on the more challenging part of your mission. Which devices do readers use? Where do readers buy books? What are the most popular mobile platforms for reading books?

Answers to these questions and many more are contained in my report, Mobile Strategies for Digital Publishing: A Practical Guide to the Evolving Landscape.

Thad McIlroy is an industry consultant who runs the website The Future of Publishing.