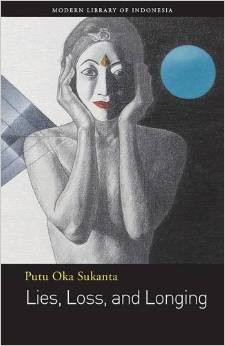 Popmatters discusses the Modern Library of Indonesia series, published since 2010 by the Lontar Foundation, as well as the organization behind the books.

At popmatters.com, William Gibson (no, not that William Gibson), reported on the Modern Library of Indonesia series, published since 2010 by the Lontar Foundation. Similar in purpose to the Library of America, it has the goal of both “preserving nearly-forgotten classics of Indonesian literature,” as well as presenting them, often for the first time in English, to an international audience. Or, as Gibson writes, “as a custodian of a unique culture amidst the crass commercial ephemera of global blockbuster media.”

Books in the library range from titles such as the 1922 classic Sitti Nurbava by Marah Rusli (seen as the Indonesian equivalent of Uncle Tom’s Cabin), to the 2001 novel Supernova, “the first of a six-part series by singer and writer Dewi ‘Dee’ Lestari,” which was made into a film last year.

The Lontar foundation was founded in 1987 by American John McGlynn, working with Indonesian writers Goenawan Mohamad, Sapardi Djoko Damono, Umar Kayam, and Subagio Sastrowardoyo. Gibson writes that Lontar boasts that it’s the only organization in the world “whose primary focus is the promotion of Indonesia through literary translations.” (And as a point of interest, the word “Lontar” refers to the palm leaves that were used as writing material in ancient Indonesia.)

Gibson writes that along with the Lontar imprint, which publishes the books in the Modern Library series, “the Foundation publishes books in local languages under the Amanah imprint, while their Godown imprint offers books written in English or other foreign languages about Indonesia.” In addition, 2015 will see the launch of BTW (or By the Way) Books, which will feature “short chapbooks translations” of up and coming young Indonesian writers.

McGlynn told Gibson in an interview, “I had come to believe that the only way to truly learn about another culture is through its literature,” he told me. “After more than a decade of speaking Indonesian and having become fairly adept at translating, I came up with the idea of starting an organization devoted to the introduction of Indonesia through literary translations.”

Among the interview’s highlights:

How many books do you envision in the series?

“I set an initial goal of 50 books, and I think we will achieve that… I had hoped to achieve that for the Frankfort Book Fair in October this year, and I think we’ll get 40 or 45 done before then. But it really is an open-ended project.

Do sales of the books cover production costs?

“Book sales cover about a third of the cost, individual contributions about a third, and another third from corporate sponsors like the Djarum Foundation, who only support the Modern Library series, and only partially. They’ve given three grants so far to partially cover publication costs.”

As a non-profit, you’re dependent on fund-raising.

“Yes, and as far as fund raising, I’ve probably raised 95 percent of it. I was lucky to have two very good executive directors but, generally speaking, I’m the one who writes the funding proposals. While skilled in their own right, they served as the face of Lontar. You know, donors look askance at giving money to an old white man, even if it is for a good cause. But a beautiful Indonesian woman, that’s another story.”

Can you tell me something about the production costs?

“The Foundation has seven full-time staff. The average cost of a book is anywhere between $10 and $20,000US. That’s low by international standards, and we haven’t been able to pay translators what they deserve… including myself! We do an initial print run of a few hundred copies for local bookstores, but we are completely dependent on the good graces of friends… particularly idealistic ones who share our goal and are not doing the work for money.”

How can readers outside of Indonesia buy your books?

“All these works are accessible through Amazon. I’m the first to criticize its monopoly, but at the same time, it has offered niche publishers like us a way to get our books out. Under the traditional publishing model, it just wouldn’t be feasible. With print-on-demand and ebook, we can make our books available internationally.

“In addition, Ohio University Press might be bringing out some of our books, and the University of Hawaii Press is bringing out the poetry, drama, and short story anthologies, hopefully this year.”

What is the future of Lontar?

“My hope is to pivot from being a publisher to being a promotional institution. I would like Lontar to become the national translation center to underwrite the costs of translation by other publishers, set quality standards, etcetera. If the government could commit to a certain amount of money going into literary translation every year, that would be possible. This would give us even greater scope to promote Indonesian culture through the medium of literature.”

To read the article in its entirety, including the rest of the interview, suggested titles, and the curious link between clove cigarettes and the Modern Library series, click here.