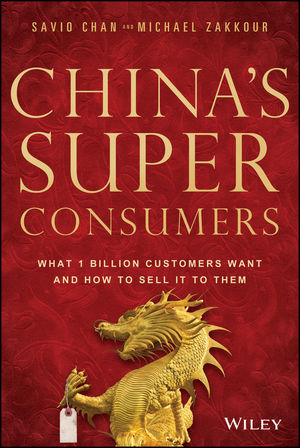 With 800 million consumers, China is a huge opportunity and entertainment is one of the top categories, but you need to know how to market to them. “China has been around for 4,000 years, but the Chinese consumer has only been around for 20. Fifteen years ago there were 100 million Chinese consumers, today there are 800 million,” said Michael Zakkour, co-author along with Savio Chan of China’s Super Consumers (Wiley), at an event at the Asia Society in Houston last week. “The society has gone from one where women in rural villages would rub sandpaper on their cheeks to shopping at Sephora. They have gone from feudalism to Fendi,” he said.

Alas, “the most successful brand needs the right strategy to talk to consumers,” noted Zakkour. But, he added, it is important to keep in mind that Chinese consumers are not merely limited to the mainland — with the internet, they can and are increasingly shopping for goods abroad.” The “Chinese Super Consumer” is a global consumer.

The key online marketplace is, no surprise, Alibaba — which is about to make inroads into the United States shortly “in a big way,” and has already launched its beta site, 11main.com. Today, he noted, there are 550 million Chinese consumers buying online each day. And where Amazon and others are just now introducing same-day delivery, Alibaba has had it available for 7 years now. “Jack Ma, the founder and executive chairman of Alibaba, sees online commerce as simply a global supply chain connected to a really cool interface.” That supply chain currently provides Alibaba with some $250 billion in sales per year — more than eBay and Amazon combined.

“But American best practices don’t work” in China, noted Zakkour. “Facebook and Pinterest marketing doesn’t work, as they don’t use them…to reach them, you need to think like them. In China, it is all about relationships and trust. Peer recommendations are strongest. Good social media on the right Chinese sites can boost your sales 100-200%.” He cited the social media service WeChat, which has some 500 million users, as just one example. “Today, people have moved from Sina Wiebo to WeChat.”

As for vendors and producers of content, entertainment is one of the fastest growing segments in China. “A television show like ‘Top Gear’ has attracted 225 million viewers in 100 countries and is one of the most watched shows in China. They are localizing a version of it specifically for the Chinese market,” said Zakkour. “I think anyone with a mass market entertainment product has a shot at a huge audience, but I’m not sure there is going to be much more than a small niche for literary fiction, for example.”