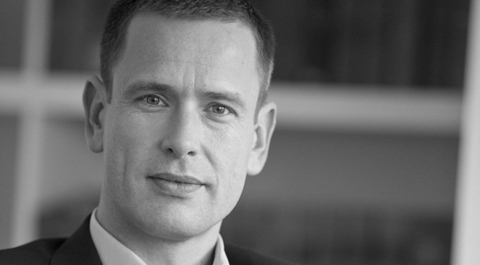 Last November, market research group GfK offered data that indicated Germany’s homegrown e-book platform Tolino had in the third quarter of 2014 overtaken Amazon in market share. Many raised eyebrows, particularly in Germany, where numerous publishers indicate that Amazon is still selling as much as three times as many books as Tolino. The general consensus suggests that Amazon has an ebook marketshare of 50-60%, 15-20% for Tolino, with Apple at 10%.

To get a clearer picture of the current ebook market in Germany, Publishing Perspectives spoke with Ronald Schild, CEO of Germany’s MVB (MVB is an economic subsidiary of the Börsenverein, the German Publishers and Booksellers Association), about recent developments. The following are his comments:

Ebook Sales and Statistics in Germany

The broad picture is that we are having the same discussion as in the US, ebook sales are slowing and not taking up as much of the market as we might have anticipated. The big innovations that they say will revolutionize our lives are grossly overestimated in the short run and grossly underestimated in the long run.

I think, in the longer run, the ebook share will rise gradually and take years, but in the end it will be the predominant form to publish a book.

The first signs of that are the massive growth in self-publishing. That very quickly goes “e-only.” We are also seeing publishing moving in that direction as well, by creating self-publishing platforms. Droemer Knaur, for example, has neobooks and they are signing self-publishing authors, but as the authors become more successful gradually, they are offered more publishing services. It is a graduated model. They are 100% owned by Holtzbrinck.

Overall the ebook market growth is much slower than anticipated, we still have a single digit market share of ebooks as a share of the total market. Overall, most of the important trade publishers talk about market share of 15-20%, sometimes in the backlist section, the ebooks are much higher. It’s a mixed picture.

As for print sales in German, the market is more or less stable, we don’t see a massive line of growth or a dip…there is no particular movement, except publishers tell us there is some impact in the paperback market due to ebooks. There seems to be some substitution. That varies with whom you talk.

Still, the investment in the infrastructure is tremendous. It makes sense to capitalize your investments by going international very quickly: [Tolino has] also moved Poland, Holland and Italy. It is a clear strategy to cover as much territory as possible.

There are two big challenges to Tolino, in my personal view, one is the transition from e-readers to tablets, because the Europe, you can still sell a lot of e-readers. But as soon as the reading habits move on and you see clear trends toward reading on tablets and smartphones, the loyalty to a specific brand becomes hard to sustain when you can buy from Apple, Google, Amazon or Tolino. The more the reading migrates, the less ability you have to leverage your brick-and-mortar store.

The second big challenge is the move by Kindle to offer subscription bundles of different media, which they already do with children’s content, and if that proves to be a valid offering sought after by the customers, it will be hard for Tolino to compete.

At the end of the day, the consumer decides.

Subscription is still at an early stage here and some publishers are still experimenting, but as a general rule, publishers are very reluctant to go to a flat rate. It is tricky business-model wise and it is very limited ability to generate revenues and if it comes to a predominance of a one subscription offering — publishers will be even more reluctant.

I’m putting a lot of work in at the moment into metadata. I think that with the ebook catalogs getting bigger and bigger, and with any catalog that has millions of titles, but the actual catalog decreases in a sense. If you’re not featured on the “hot list” or “book of the day” list, it becomes increasingly harder for readers to find you. So we are are working very hard to get the backlist online. We are building services to help publishers deal with metadata; developing a platform for advertising books to those on a professional level (media, booksellers, etc.) new search technologies, such as semantic search.

Ultimately, there is uncertainty in the market for market research, because Amazon is not giving any one numbers and it is hard for publishers to look at marketshare. There are some initiatives looking to heal that. The question is how we get better data for the ebook market. That is something we might want to look at.