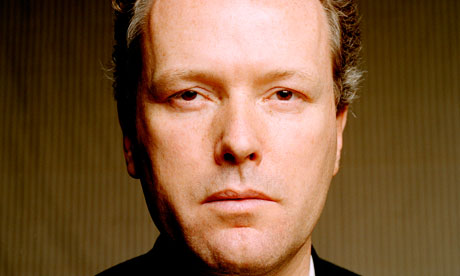 It seems a great choice. Edward St. Aubyn, author of the critically acclaimed Patrick Melrose series, has joined the Hogarth Shakespeare series to retell what is perhaps Shakespeare’s greatest play, King Lear. St. Aubyn is now the eighth author commissioned for the series, which will offer Shakespeare’s plays reimagined by some of the world’s bestselling and most popular authors.

The series launches this October with The Gap of Time – Jeanette Winterson’s reinvention of The Winter’s Tale. An additional three novels will be published to commemorate the 400th anniversary of Shakespeare’s death in 2016: Howard Jacobson’s A Wilderness of Monkeys (The Merchant of Venice) in February, Anne Tyler’s Vinegar Girl (The Taming of the Shrew) in June and Margaret Atwood’s retelling of The Tempest in October (title to be announced).

These four will be joined by Tracy Chevalier’s Othello, Gillian Flynn’s Hamlet, Jo Nesbo’s Macbeth and St. Aubyn’s King Lear. Hogarth promises that the books will remain true to the “spirit” of the original plays, while still giving their authors an opportunity to do something new.

Juliet Brooke, Senior Editor at Chatto & Windus and Hogarth said in a statement that, “We are absolutely delighted to welcome Edward St Aubyn to the list. He is a master at portraying the fault lines in family relationships with caustic precision. Who better to take on the ultimate family tragedy.”

Alexis Washam, Executive Editor at Hogarth US, added, “We are thrilled to have the inimitable Edward St Aubyn participating in the Hogarth Shakespeare. The razor-sharp psychological insight and unsparing wit that have made his work so widely admired and discussed are perfectly suited to a retelling of the timeless King Lear.”

The Hogarth Shakespeare is a major international publishing initiative across the Penguin Random House Group led by Hogarth UK and Hogarth US. The novels will be published simultaneously across the English-speaking world in print, digital and audio formats, which will make the books available to an even broader audience. Rights to the novels have been sold in eleven countries – the latest being China and Russia – and the series will be published in fourteen languages across twenty territories.