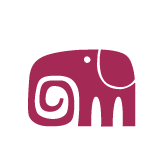 With the launch of a new series of Indian classics, Harvard University Press aims to repeat what it did for Greek and Roman with the Loeb Classical Library.

Harvard University Press, the publisher of the Loeb Classical Library designed to make Greek and Roman classics available for general readers hopes to do the same for classical Indian literature with the launch of The Murty Classical Library of India.

As Jennifer Schuesslerjan reported in the New York Times, the first five dual language volumes that have been released include “not only Sanskrit texts but also works in Bangla, Hindi, Kannada, Marathi, Persian, Prakrit, Tamil, Telugu, Urdu and other languages. Projected to reach some 500 books over the next century, the series it to encompass poetry and prose, history and philosophy, Buddhist and Muslim texts as well as Hindu ones, and familiar works alongside those that have been all but unavailable to nonspecialists.”

Sheldon Pollock, a professor of South Asian studies at Columbia University and the library’s general editor told the Times that the Murty Library will offer “something the world had never seen before: a series of reliable, accessible, accurate and beautiful books that really open up India’s precolonial past.”

And it is a past that needs to be opened up and explored. As Schuesslerjan notes, the canon of Greek and Roman classic that have survived is fairly small, while India’s literature comes in many classical languages and includes many thousand of text, a great number of which as noted by writer William Dalrymple, exist only in rapidly decaying manuscripts.

Which is why, as Pollock said, the Murty Library hopes to take in the widest possible range of texts. “We are a big tent,” he told the times. “As long as it’s good an interesting and important, it’s going to be in the Murty Classical Library.”

And while the Library serves as a repository of Classical literature, there are inevitably, as the Times article noted, a political ramifications based on what is selected:

“The editions, which come wrapped in elegant rose-colored covers, are intended, like the Loebs, “to be around for 100 years,” Mr. Pollock said. But to some scholars, the project also comes as a timely if implicit rebuke to the Hindu nationalists of India’s ruling Bharatiya Janata Party, with its promotion of a unitary Indian identity based on selected Sanskrit religious classics.

“The series “debunks the myth of a Hindu orthodoxy as being the only classicism we have,” said Arshia Sattar, an independent scholar and translator in Bangalore. “In a strange way, the editors are creating a new canon.”

Among the books in the first release are Sur’s Ocean, a 1000 page poetry anthology of more than 400 poems said to be written by the 16th century Hindi poet Surdas. Other titles are “appearing in full translation for the first time,” including The Story of Manu, “a 16th-century south Indian epic poem about the first human being” originally written in Telugu and never before translated into another language (translation by Velcheru Narayana Rao and David Schulman).

There are also books reflecting India’s Muslim tradition, including the Sufi lyrics of the 18th-century Punjabi poet Bullhe Shaw (translated by Christopher Shackle) which have been sung by the great Nusrat Fateh Ali Khan and been featured in many a Bollywood film, as well as its Buddhist tradition, including the Therigatha, “an anthology of verses by and about the earliest ordained Buddhist woman, first written down in Sri Lanka more than 2,000 years ago and considered some of the world’s oldest surviving women’s poetry.”

The Therigatha’s translator, Charles Hallisey, told the Times that the book has not been able to claim its “rightful place in the broader canon of world in literature, in part because of the stiffness of previous translations from Pali, a dead language.” “These verses are so vivid, he said, that “the challenge was to translate them as poetry, rather than something more conventionally Buddhist.”

It is indeed a wide-ranging collection. And as Pankaj Mishra wrote in The Wall Street Journal:

“The Murty Library embodies the kind of intellectual endeavor that is increasingly besieged by the vendors of a purified collective identity—and not only in India. As Tagore wrote presciently in 1919, India’s problem is “the problem of the world in miniature.” Though innocent of polemic, the volumes in this series remind us that monolithic notions of religion, language, literature, race or nation are man-made forgeries, and that pluralism is an ineradicable fact of our existence.”

But even so, what matters are bringing these books to as wide an audience as possible, Pollack told the Times:

The goal of the Murty “is to ensure that everyone can hear these strange voices – not just scholars in their studies, but kids standing at railway kiosks. Now, those kids will be able to pull a book down off the shelf and hear these voices, too.”