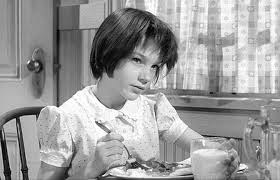 Roger Tagholm imagines how other characters from fiction would react to the news that Harper Lee is giving Scout Finch a second chance at life. Scout Finch is coming back as a grown up woman.

Many of the world’s best-known fictional characters have reacted angrily to the news that Scout Finch from To Kill a Mockingbird is to live again.

“That Harper Lee is a goddam phoney,” said Holden Caulfield from The Catcher in the Rye. “I’ve been stopping the children from falling over the cliff in this goddam field of rye for more than 50 years now and, frankly, I’m bored. How come Scout gets the special treatment? My kid sister Phoebe is brighter than she is. I get so sick and tired of doing this that I’m just tempted to let some of them go. Scout is lucky. She gets to grow up ‘n all. Me, I’m a goddam teenager forever.”

Lenny from Of Mice and Men was equally annoyed. After some patient explaining by George about what had happened, he said: “That don’t seem fair. We gotta stay here all the time, dreamin’ of that piece of land we’re gonna get and how I’m gonna feed the rabbits – only we don’t ever get no piece of land. And I end up getting shot. Over and over again. Every time someone picks up the book.”

Winston Smith from 1984 was angry too. He’s heard Orwell’s “wretched clock” strike thirteen every day for his whole life and wants out. “Why isn’t there a Ministry of Sequels that I can take my case to?”

Heathcliff from Wuthering Heights said: “Oh to have a future with my beloved Cathy! And to see such a future given to someone else! Sometimes, when the wind blows across Top Withens I imagine I can hear a high, squeaky voice from the future, calling me ‘Out in the winding, windy moors….Oh Cathy, I’ve come home’”

On being told the news, Ralph from Lord of the Flies sounded a rallying cry on his famous conch and began organizing a large group of characters who plan to march on Penguin Random House’s office on London’s Embankment to make their case. He has also amassed some 20,000 followers on Twitter, under the hashtag #letusgo.

But outside a modest clapboard house in St Petersburg, Missouri – home to Mark Twain’s beloved Tom Sawyer – some journalists had less luck in eliciting a comment. “TOM!” cried the man from Associated Press. No answer. “Tom! No answer. “What’s gone with that boy, I wonder? You Tom!”

Interestingly, this mirrors what happened when agent Andrew Nurnberg did the deal with Penguin Random House Chief Executive Tom Weldon. “TOM!” he cried in reception. No answer. “Tom!” No answer. Turns out, Weldon was painting a wall in his office – or rather, he had cleverly talked an intern into wanting to paint it for him.

Perhaps the most intriguing response was from one of fiction’s best-loved characters, Oliver Twist. He revealed that when he said: “Please, Sir, I want some more,” the Sir he was referring to was none other than Dickens himself. “I wanted more life, you see – a future, kids, maybe even my own car…not this stinking gruel every day and endless TV adaptations.”