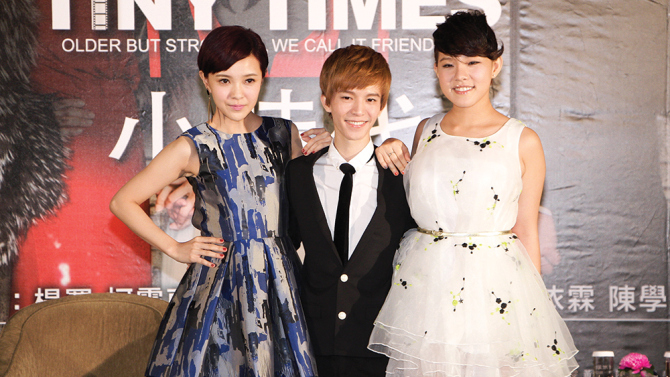 Guo Jingming is often said to be the “richest writer” in China and now as the creator of the wildly popular “Tiny Times” films he likely is.

More than five years ago we met the Chinese author Guo Jingming at the offices of his Beijing publisher. At the time he looked like a whippet of a man: thin, frail, decidedly androgynous — it was a look that belied the confidence of a young writer more than willing to face a room of eager journalists. But he was already a massive bestseller, as the author of wildly popular YA serials, and didn’t need the validation of a bunch of foreigners. Now, he is something of a literary colossus and one the top-earning creators in all of China. His Tiny Times films, which he adapted from his own novels and directed, have been dubbed China’s Sex in the City. The stories feature a quartet of single Shanghai luxury hounds as they court men and stock up on the latest luxury brands. The first installment of the film series, Tiny Times 3, was one of the highest grossing films in China last year, racking up $82 million in ticket sales, nearly double that which Frozen earned.

Bloomberg Businessweek has the full story.

The author, who is often cited as the “richest” writer in China, and with the earnings from the Tiny Times films, likely is. Still, he remains a divisive figure. Critics has weighed in the materialistic cynicism of the films, while Guo defends the works as simply being about friendship and making one’s dreams come true.