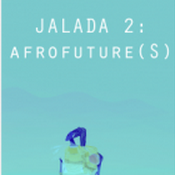 Recently in the New York Times, Nigerian writer Tricia Nwabuani made the case that it’s Western publishers who still determine the kinds of African stories get published globally, and that these stories are, more often than not, selected for their appeal to the West.

So, at This is Africa, Bwesigye bwa Mwesigire has begun looking at the side of the story through his series “Made in Africa II,” speaking to seven publishers at the epicenter of African publishing and the explosion of new African literature made on and for the continent.

He recently interviewed Moses Kilolo, managing editor of the Jalada Collective, which is “reimagining African fiction publishing in interesting ways.” A selection of Jalada’s titles.

Mwesigire: I think the idea of working together is such a beautiful thing happening to our literature. Tell me, what is Jalada, what is about, how, when, and why did you start it? Of course, who are you working with? Who are the founder members?

Yes, I think the beauty of working together as writers is that we bring together different strengths, to benefit one another. This is why Jalada Africa was formed by a group of young writers who met at a writers’ workshop, during the Kenya Literary Week in June 2013. As a Pan African Collective, Jalada has 22 members from five different African countries, Zimbabwe, Uganda, South Africa, Kenya and Nigeria. We continue to seek the most exciting voices from across the continent to join the collective. Our founder members have been listed on our website jalada.org, and it is our hope that that number will grow in the coming year as we get new members. We started this collective because we felt the need to nurture each other’s work, and publish African writers on a regular basis. We have worked with Kwani Trust from the beginning. In fact, we were brought together under the auspices of British Council, Kwani Trust and Granta magazine. But over the last year we have established working relationship with Writivism CACE Africa. We are planning to engage other literary platforms over the next year even as we establish the Jalada House.

We identify as African writers, that’s for sure. But we do not necessarily want to be defined by maps because there are so many ways of being African without necessarily living within its borders. We simply want people to write truths of the human experience in the best way that they can do so and in turn, we shall help them publish these stories. In terms of African literature, Jalada has not come up with an official stand on what to identify with. We are many writers with different views. What we say in individual capacity is not to be taken as official position from Jalada.

In that vein, I would say that I do not like the tag ‘African Literature.’ I would like to think that Jalada simply produces literature, for which we would like to try new things and redefine how the old has been done. As you must have noted with our sex anthology, we do not concern ourselves with censorship of materials, and our work has been very provocative, but the editorial process is keen not to allow anything that would be an insult or a willful distortion.

The younger writers within Jalada nolonger feel disconnected from the world and live in realities influenced by forces from outside Africa which in turn influences their imagination and their creativity churning out stories that transcend boundaries. This can be considered as political, because politics is all about influencing change and change comes by influencing thoughts and emotions. We intend to serve as pipeline for all the new thoughts and emotions from our writers, to provide the right kind of structures to allow their creativity to be a shared reality to the outside world.

Mwesigire:Lately, Jalada gets mentioned in very many circles as the future of African Literature. Almost every ‘important’ (whatever that means) personality in African literary circles wants to mention how they are associated with Jalada. How does this make you feel, as a collective? Is it something you are excited about, or something that makes you suspicious of appropriation by all those who are claiming to have helped and to be fathers and mothers of Jalada?

We are happy that people want to identify with Jalada, and we welcome support from those who have gone before us. But we are cautious. As a Collective we put in a lot of effort to ensure that the work we publish is of the highest possible quality. We have come a long way, that is true with two anthologies already out and two more on their way. We want to live in the moment and appreciate each small blessing as it comes because we have not yet fully defined the possibilities of Jalada and we want to be surprised. We would like for that work to speak for us. We do not want to hear someone say that Jalada owes them anything, or that they made us. Though obviously it keeps blowing our minds that we get these mentions and it is a sign of how far we have come because we started this journey with no clue whatsoever of where we were going. That said, we do appreciate some press. However, we do not want to be deeply involved with any one that is outside of Jalada for reasons other than literary work.