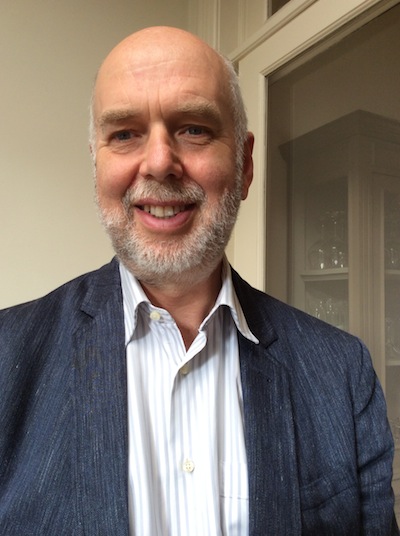 January 8th will mark the launch of World Editions, a new independent publisher in London. As its name suggests, World Editions will publish world literature and non-fiction, with an emphasis on translations from Dutch and international literature. The person behind this new venture is Eric Visser, founder of De Geus, the independent and respected Netherlands-based publishing house that he runs with his wife, Annemie Jans. De Geus publishes, among other authors, Ha Jin, Annie Proulx, Tahar Ben Jelloun, and Nobel prizewinners Jean-Marie Gustave Le Clézio, Wisława Szymborska and Herta Müller. Visser, who grew up in a politically engaged family and as a young social worker dealt with immigrant communities in the Netherlands, established De Geus in 1983 with the idea that he would focus not just on his own country, but rather, the world. “In 32 years we have published 2,500 titles—men and women and more immigrants than all other [Dutch] publishers put together. The Netherlands is not what it was like 100 years ago—globalization means you should cross frontiers,” said Visser.

This is not the first time that a European publisher has decided to translate authors into English working directly in a market famously lacking in translated literature: Sandro Ferri and Sandra Ozzola Ferri, publishers of Edizioni E/O in Italy, successfully set up Europa Editions in New York in 2005.

Indeed, Europa has been an inspiration for Visser, who has been thinking about publishing in English for the past 15 years, in particular when he realized that it was difficult to sell foreign rights for his Dutch authors “because no one reads in Dutch.”

“I didn’t need to make a business plan because it was already all in my head,” he said. “Eight years ago I proposed to other European publishers the idea of publishing titles together in English and of distributing each other, starting a new company in England and America. The common reaction was ‘this is a brilliant idea but…you do it.’”

Visser then went to Europa, offering to join forces but “they just then had a bestseller [Muriel Barbery’s The Elegance of the Hedgehog] so there was no need for them to do this. I decided to continue alone.” Karin Wessel, who worked at Europa until 2012 joined forces with Visser and helped him visit distributors in the UK. Visser chose London as a base “because it was not so far from the Netherlands and I am more familiar with the English so I felt it was easier to start there.”

He also had trouble finding an American distributor.

“I spoke with Penguin and Random House but then they merged and weren’t going to take new clients for three years and Hachette wanted such a high turnover that I decided to stop with the US and go with England.”

When Visser met with Turnaround’s Bill Godber in the UK, “it was very helpful and stimulating, we met the sales team and they are very serious and experienced… I am happy we will work with them because although we spoke with bigger groups this felt best.” World Editions will print quality paperbacks with rounded corners (recalling the Moleskine design) in Europe, for the most part in Germany or in the Netherlands and eBooks will be available at the same time.

Their first titles will be Craving by award-winning Dutch playwright Esther Gerritsen, translated by Michele Hutchinson, and Gliding Flight, by Dutch novelist Anne-Gine Goemans, translated by Nancy Forest-Flier. Two books in translation from Swedish will follow.

Although translation costs in the UK are high, Visser is relying on help from Dutch and Belgian foundations. Besides, “the margins are not as different because the prices in England are lower and discounts are higher, as there’s no fixed price,” said Visser. “I can understand why fewer publishers are doing this.” On the other hand, “the authors we work with are so positive and are spreading the word that it makes us want to keep doing things better,” he added.

“My main reason as a publisher is the ideal that we should work so well that our excellent authors can live from their writing.”