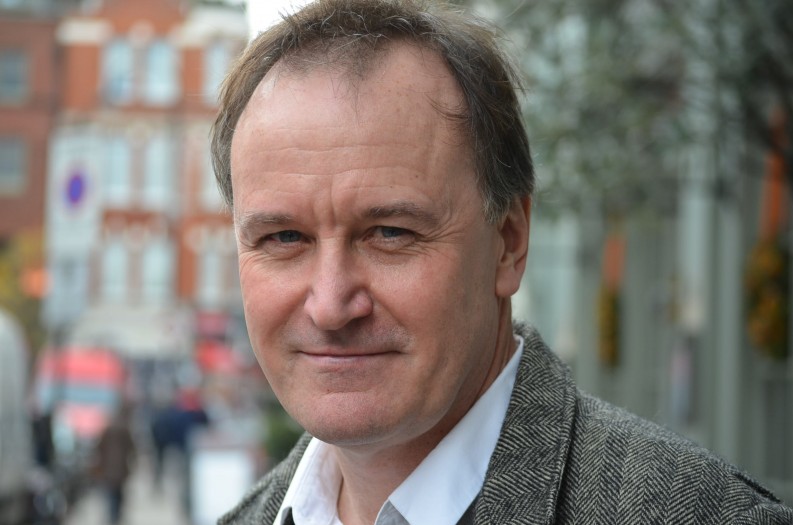 When John Bond, MD of HarperCollins’ Press Books division – which comprised HarperPress and Fourth Estate – found himself in the “relegation zone” (Bond is a big football fan) following one of those business reviews that are part and parcel of conglomerate life, he simply shrugged his shoulders, knowing full well that this is precisely the sort of thing that happens among the big houses. His long years of supporting Crystal Palace FC probably helped. His team is not Chelsea, Manchester United, or Liverpool and a dose of resigned, black humor has always been part and parcel of following them (NB. Mind you, as Bond points out, at the time of writing, Palace was in 12th place in the Premiership, well out of the relegation zone….)

In other words, he was realistic about what happened – and, as it turns out, it was the possibly the best thing that could have happened. Together with former colleague Annabel Wright, they started Whitefox in 2012, the publishing services company that is as nimble as the creature that gives it its name. In the last three years it has rapidly expanded to meet the needs of publishers that have shed staff, self-published authors who need professional advice, and brands wishing to navigate all the possibilities for publishing their “content” that now exist in the digital world. In short, he hasn’t looked back.

Whitefox’s team provides a panoply of services, ranging from editorial – typesetting, proof-reading, design – to marketing, publicity, app development, video production and more. “We have around 1,300 freelancers from all over the world, offering around 200 publishing-related skills” says Bond. “It’s a curated bank of talent that we have built up very carefully, beginning with our own network and then reaching out to people. A lot of people now seek us out. We make sure that the quality and the breadth is there. Since we started we have worked on more than 600 individual projects, with around a quarter of our clients being trade publishers, a quarter self-published authors and approximately half being brands and corporates, which is an area that has seen growth.”

Whitefox’s huge network of publishing professionals provide services for publishers large and small, among them Penguin, Quercus, Quadrille, Head of Zeus and Scholastic in the UK, as well as international publishers such as Max Strom in Sweden. It has also worked on projects for agents such as Curtis Brown, Tibor Jones and Conville & Walsh, and for content owners and brands as varied as ITV, the Guardian, Universal Music and the Edinburgh Book Festival.

“In the last 20 years publishing has gone through a reconfiguration in internal structures,” explains Bond. “We set up to solve a problem that I knew existed when I was at HarperCollins. When publishers are signing off hundreds of invoices without knowing what they really should be paying for things, it wasn’t efficient or organized. Publishers had to move away from fixed costs and towards variable costs.”

Fewer fixed costs means fewer staff, of course, which in turn means, as Bond puts it, “a pool of talented people out there, experienced people who make a difference to books. What we’re doing is making the discoverability of that talent easier. The self-publishing community like us because they like working with people who have worked for publishers, but what has been unexpected is the appeal beyond traditional publishing – companies who want sticky content on their website or printed material that they can give to clients. We have a business development director now looking at areas like museums and restaurants.”

The business model is simple. Clients come to the company with a specific need; Whitefox finds the relevant professionals, negotiates a fee on their behalf and takes its own fee for the service.

Part of its origin, Bond recalls, was a conversation he had with David Young [former boss of Hachette US, now CEO of Orion in the UK] some years ago in which they had discussed the need for a trademark of quality on books, something that would indicate to readers all the processes that had been gone through for that product to exist. Bond believes Whitefox helps publishers achieve that assurance of quality.

Born and raised in south London, close to Crystal Palace’s stadium at Selhurst Park, he read English and American Studies at Warwick and then studied for a part-time MA in American Literature at King’s College in London, “buying dusty Henry James novels in secondhand stores and financing it through a variety of unglamorous jobs.”

Eventually he joined an independent bookshop in Hampstead, north London (the High Hill Bookshop) which in turn led to a position in marketing at Penguin in 1986. From here he became Marketing Director of Virgin Books, which led to a return to Penguin as Marketing Director. With various successful brand campaigns for Penguin under his belt, his profile rocketed and in 2002 Victoria Barnsley, then CEO of HarperCollins, lured him to her team, first as sales and marketing director, then as MD of the Press Books division.

Publishing is very much his life – his partner is Louis Moore, MD of Michael Joseph – and while he might miss some of the banter that inevitable occurs in big offices, he loves “being able to be flexible, to make decisions really quickly and react to trends.

Looking ahead, he says: “I think we’re going to see more people engage with companies like us, and in a more strategic way, rather than a last-minute way. Start-ups will come and go, but the need for good freelancers will continue for many years. Publishers will continue to obsess over and invest in data and discoverability. This, plus further consolidation and the drive for efficiency and speed, will mean the need for more trusted outsourcing and for greater access to curated networks of the talented people who make an real difference to the quality and desirability of content.

“More writers, even well established ones, will want to experience the greater sense of control you have by self-publishing using expert freelancers. And there will be more collaboration within the broader publishing eco-system of smaller, more potentially disruptive companies offering complementary services.”