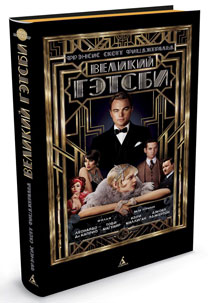 At Russia Beyond the Headlines, Tatyana Trofimova looked at the ways in which Russian publishers are hoping that new cover designs will help bring new readers to classic literature. It is a struggle. Although e-books are growing in popularity in Russia, sales account for less than on percent of all books sold. But, even with a “seemingly robust market for printed books,” classic literature sales are in a steady decline. Russia’s bestseller list last year had titles ranging from Fifty Shades of Grey to a “collection of the lives of Orthodox saints,” but had room for only one classic – F. Scott Fitzgerald’s The Great Gatsby, which had just been turned into a popular film starting Leonardo DiCaprio.

The problem, Trofimova points out, is that publishers who specialize in classic literature have been “quite slow to react to the market slowdown, preferring to continue a conservative approach to the look and feel of their products.”

The three largest publishers in Russia, AST, Eksmo and Azbuka, all publish classic literature series, mostly in hardcover editions with a portrait of the author or an illustration of the time when the book was written, for the cover.

But slowly change has come.

Azbuka was the first to make a move, publishing a series of classic books in paperback editions. It also began ad campaign tying classic books to the film version, using the tagline “Watch the film – read the book!” A recent edition of Tolstoy’s Anna Karenina put actress Keira Knightly (who starred in the most recent version) on the cover and was rewarded with a noticeable increase in sales.

Russian publishers have also been looking for other ways to take advantage of the impact that the release of a film has on readers. Yekaterina Alexeeva, director of Eksmo’s Classical Literature and Poetry Section told RBTH, “Stores have started displaying these books in V.I.P. areas, so there’s a high chance that a customer who has seen the film will come across them.”

Even so, the success of film tie-in covers doesn’t always work. The Russian trade publication ProBooks.ru reported that of the four different editions of The Great Gatsby that made the list of top 50 bestselling novels in 2013, the most popular was still Azbuka’s traditional cover using William Orpen’s 1912 painting “Café Royal” (It came in 19th place.) Eksmo’s edition featuring a version of Jay Gatsby from the 1974 film version starring Robert Redford came in 23rd place, while an edition featuring Leonard DiCaprio came in at just 31st.

In addition, Trofimova reported, publishers looking to “promote more consistent sales” struggled to attract younger readers. She described Eksmo’s series of classics for a YA audience as “the most ambitious in Russian publishing today.” New editions of Pushkin’s The Captain’s Daughter, Alexander Grin’s Scarlet Sails, and even Romeo and Juliet now have titles “designed in the style of Japanese manga comics.”

Tatyana Suvorova, director of Eksmo’s Young Adult section told Russia Behind the Headlines that “We knew from the very beginning that our readership is small, and that the buyer in this case is not the parents or grandparents. Such a design would not attract them. We wanted to attract teenagers’ attention and use the design to show them that the classics are still relevant.”

Indeed, a representative from Eksmo told RBTH that sales from the “manga inspired” series equaled sales from a series with more traditional cover, which they considered a success, since the YA target audience is smaller with less purchasing power.

Still, the series has been discontinued. Trofimova speculates that the reason was simple and traditional: “This is perhaps because publishers are focusing their efforts on attracting and retaining older, more conservative readers, who are more likely to buy printed books.”

What all this means for the future of classic book publishing in Russia is still to be determined. Digital Parenting Russia issued a study last year that found that although half of the children in Russia between the ages of seven and 15 read books on e-readers, only one in five of those had actually purchased an e-book. And, given that the Russian state publishing agency Rospechat has reported that the pirate book market in Russia has more than 100,000 titles available, compared to just 60,000 available legally, the problem is far greater than just a matter of cover design.