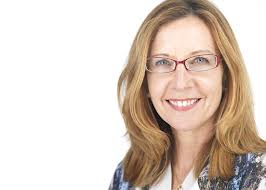 “We should act like a grown-up and think like a start up,” says Judith Curr of Atria Books when it comes to working with with indie authors today. Judith Curr is the president and publisher of Atria Books, a division of Simon & Schuster.

Last Thursday at the Digital Book World conference in New York, Judith Curr, President and Publisher of the Atria Publishing Group spoke about her experience working with self-published and indie authors and grooming them for publication with Atria.

In 1924 Simon and Schuster saw an opportunity with crossword puzzles. Today, we are now a traditional publisher, yet we consider ourselves an entrepreneurial publisher.

I’m still halfway between one world and another. I grew up in Australia, so to make money, I raised guinea pigs, would strip copper wire for recycling, and then sold shelled walnuts. Then as a publisher, I found self-published authors and then moved them to the international list, which helped our company grow.

Take Zane as an example: we now have more than 18 million copies of his books in print. He started as a self-publisher. The publisher played a role, as far as printing and distribution…but now it is different.

In the Post-digital revolution, anyone can publish a book. But the fundamental questions remain: Is the story good? Can the author tell it well? Is the plot fast? Is it unique? Then what can we add as publishers? What does the author want?

The self-published author should ask themselves what they want? Do they enjoy collaboration? Financial expectations? Is writing a hobby or a career?

Bowker reports that 485,000 self-published books published in 2013; the New York Times said 85% of people said they have a book inside them.

Through the indie author program, we had ramped up fast, but had to change our behavior. Indie authors expected to publish books very fast, for example. They would send in the book on Monday and expect to see it on Tuesday.

You have to create the conversation in this indie world. There is a big interaction between fans and readers and authors. What we have had to do is add to this conversation: we have Atria NewsRoom, which is a blogging platform, we work with Klout to find the key influencers…fans are now responding to our brand. It gives authors a home from which to operate.

And you have to be on social media — Google, Facebook, Twitter, Instagram…the conversations begin online. Today, readers the characters to talk to them, they want to date them, they want leave their husbands for them…

We did the “Fall in Love” bus tour with three of our top authors. The authors were very engaged with their fans. It’s a 360 degree marathon.

To take another example of how we work together, when Colleen Hoover

series wanted to produce a free, gift ebook for her fans, we eded up in a 3-way conversation: between the fans, Atria and the author. The fans wanted a print copy of the book. The result was 600,000 downloads of the free ebook and another 10,000 copies of the print book sold for $9.99.

Today, the publishing landscape as I see it looks like this. There is an art and discipline in publishing, but it doesn’t matter if you do it for yourself or someone does it for you.

If you find you are interested in the business of publishing, you might find self-publishing immensely rewarding.

Social media does not constitute a marketing plan.

Focus on the areas you know — for Atria that is women’s fiction.

Pricing is key. Will price emerge as an indicator of quality? Selling solely based on price doesn’t work. The days when a poorly written book will sell at any price is over, if it ever existed. Is there a possibility for the readers and the characters in the book to have a conversation.

Publishing a book is a gamble, both financially and emotionally. It is not only a creative endeavor, it is a business; publishers are also investors.

A sale doesn’t guarantee a read.

There are somethings only authors can do: readers want to see, hear and speak to an author and there is no substitute for that relationship.

Publishing has changed. We are all entrepreneurs and our fates are all intertwined. The rise of the self-published author has forced all of us traditional publishers to realize, whether we like it or not, that things have changed.

We have a hybrid environment and learn from each other.

But the daily business of publishing hasn’t changed: is is about discovering talented new writers and introducing them to readers.