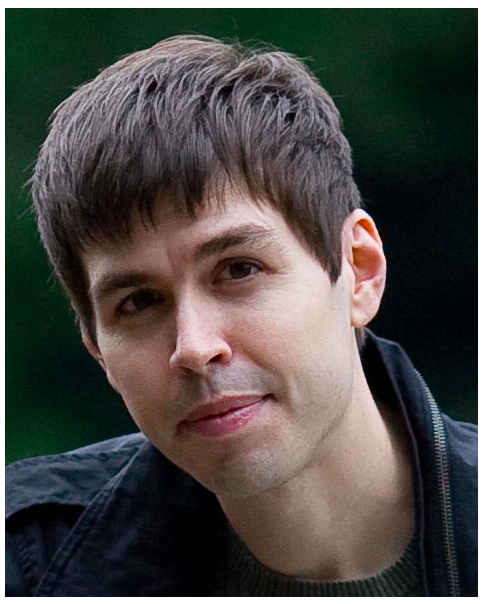 Matt Alt explains how as video games evolved from simple amusements into a cinematic storytelling medium, translation became integral to the process.

Translation has been with us for a very long time, and video game localization is, arguably, the newest incarnation of the venerable trade. It didn’t exist prior to the advent of video game entertainment in the late 1970s, and only in the last decade or so truly came into its own as a career. A great deal of these video games were produced in Japan, thrusting the formerly obscure field of Japanese-to-English translation and its practitioners into the public spotlight.

Having worked in game localization for some fifteen years now, I’ve had a front row seat to seeing its evolution from an afterthought into a key component of the game development process. Early on, it wasn’t at all uncommon to encounter surprise when I’d explain my work to translators of more traditional fare, or even other people in the game industry. Today, a translator can spend his or her entire career working in the field of video games — in fact, it’s the stated objective of many new college graduates I’ve spoken to in recent years — but this only became the case quite recently.

For people of a certain age, video games conjure up images of bleeping arcade cabinets showcasing relentless alien invaders or dot-chomping monsters – the so-called “quarter munchers” of the 1970s and ‘80s. Little in the way of translation was required to export these games abroad. But over the decades, as video games evolved from simple skill-testing amusements into a vibrant and cinematic storytelling medium, translators became an integral part of the video game development team. In the industry, these people are known as localization professionals, and their work demands a unique skill set incorporating aspects of both literary and technical translation.

Between the years of 1985 and 2000, Japanese companies such as Sega, Nintendo, and Sony dominated the international home video game industry. This meant that the vast majority of video game localizations were from Japanese to English (which also generally served as the “key language” for localization into European tongues.) The first true localization professionals didn’t start to appear until the early-mid 1990s, when video game technology had advanced to the point of being able to convey complex story lines with large volumes of text.

Until the advent of localization specialists (and even, if I must be honest, for quite some time after as well), the work of translating a video game was usually left until the very last possible minute, and often entrusted to Japanese staff members with questionable levels of English competency. Then again, without the linguistic struggles of these intrepid pioneers, the English language would be forever bereft of the legendary mis-translation “All your base are belong to us,” a grammatically tortured turn of phrase from the 1991 game Zero Wing that remains a beloved meme among video gamers to this day.

Today, localization is considered a key component of the development process by any serious game developer, and a native grasp of the target language is a prerequisite. (In fact, in my experience, the most successful localizers’ English writing skill far outweighs their facility in Japanese.) The work demands a unique skill set incorporating both creative and technical skills. Modern games often contain large amounts of narrative that is delivered both as text and as voice. Quite often this dialog is presented in the form of “cut scenes,” which are movies that play during the course of the game. As such a process called ADR – rewriting the translation so as to make it match the lip movements of the characters speaking onscreen when read by voice actors – may be required as well. Thus a video game localizer needs to craft prose in the tradition of literary translation, while modifying it in the tradition of dubbing or subtitling for moving pictures, and then checking its placement and proper playback in the manner of an editor.

Complicating the situation is that games don’t simply consist of dialog. A variety of on-screen menus, instructions, and indicators that help players navigate their way through the game worlds must be localized as well. Although modern high-definition flat-panel screens allow the display of long text strings without much problem, the limitations of early-generation video game systems and standard definition televisions required strict limits on how many letters could be displayed in a given text window onscreen. This was a particular nuisance for inventory lists. The Japanese language, which makes abundant use of Chinese kanji characters, can easily describe things such as weapons or foods with a single character or two. Not so in English, where a full five letters are needed to represent basic concepts such as “sword” or “water,” requiring a great deal of creative abbreviation to surmount the limits. (In an ironic twist, the rise of mobile gaming, in which video games are consumed mainly on tiny smartphone screens instead of televisions, has required game localization professionals to dust off some of these old techniques from the early days of the field.)

Traditionally, the localization process usually took place after a video game was “locked down” (finished), but increasing demand for video games worldwide has spurred a need to release games simultaneously around the world. Known as “simship” (simultaneous shipping), this new order requires localization staff to begin their work before the video game they are translating is even complete. Now the norm for big-budget mainstream video game releases, it requires steady nerves and a delicate ballet of consisting of many discrete steps, including: translation (not just Japanese to English, but often to European and Asian languages as well); “culturalization” – the modification of content to conform to local tastes, standards, and regulations; implementation — actually dropping the translations into the software; and quality assurance — running through the game over and over to ensure that the text and audio are all in their proper places. This all takes place while the game itself is still being created, and in larger projects necessitates the use of translation memory tools or databases to keep track of the constant changes.

I am often asked if one needs to be an expert gamer to localize video games. Fortunately for me, that isn’t the case. The development team usually provides “debug modes” (hidden menus that allow developers to skip through the game) or video recordings so as be able to check scenes without having to play through the entire game. But come to think of it, the creative application of skill, experience, technique, and technology to reach a goal before time runs out makes video game localization more than a little like a video game itself.

Matt Alt is the co-founder of AltJapan Co., Ltd., a Tokyo-based firm that specializes in entertainment localization, largely in the video game industry.