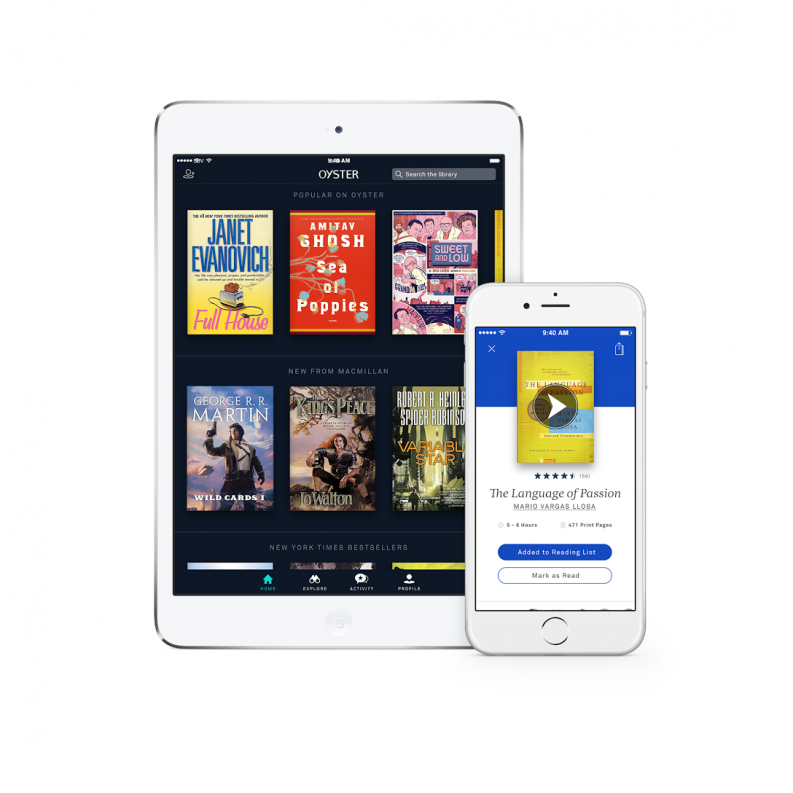 Oyster, the nation’s “leading streaming service for books” has kicked off 2015 with two major announcements, including reaching more than 1 million books. Oyster, the nation’s “leading streaming service for books” has kicked off 2015 with two major announcements.

1. Macmillan books are now available on Oyster. With the addition of Macmillan (including imprints Tor, FSG, St. Martin’s Press, and more) to their roster, Oyster is now offering titles from the majority of the Big Five publishers, and eight out of the top ten.

2. Oyster is now able to offer users access to more than 1 million books with the addition of Macmillan, as well as other recent editions, including Candlewick, New York Review Books Classics, Capstone, Soho Press, Bloomsbury, and many others (along with existing partners such as HarperCollins and Simon & Schuster),.

In fact, since its launch in September of 2013, its library has expanded tenfold; their app has gone from just to almost every smartphone and tablet on the market (plus the web); they have launched The Oyster Review, (a modern literary magazine about a life well read); and have helped to connect countless readers with books through personal recommendations.

As Oyster’s CEO Eric Stromberg told Publishing Perspectives, “In a little over a year, we’ve built a business that is already having a huge impact on the publishing industry. Our mission is to connect readers with books they’ll love, and partnering with Macmillan is a big step forward in this goal. We have a few more launches coming soon that we think our readers will really enjoy.”