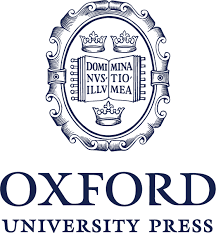 The UK’s Daily Mail reports that Oxford University Press has banned sausages and pigs from children’s books in an attempt “to avoid offense.” In the wake of “Je Suis Charlie” and the resulting calls celebrating free speech and expression we have this: The UK’s Daily Mail reports that Oxford University Press has banned sausages and pigs from children’s books in an attempt “to avoid offense.”

The prohibition became public during a discussion regarding free speech on Radio 4’s Today program.

Presenter Jim Naughtie read a letter sent to his wife, author Eleanor Updale, who is currently negotiating an educational book series with OUP.

Naughtie said, “Among the things prohibited in the text that that was commissioned by OUP was the following: Pigs plus sausages, or anything else which could be perceived as pork.”

“Now, if a respectable publisher, tied to an academic institution, is saying you’ve got to write a book in which you cannot mention pigs because some people might be offended, it’s just ludicrous. It is just a joke.”

The Daily Mail reported that according to OUP, the “guidelines exist because it needs to make its educational material available to as many people as possible.”

They cited an OUP spokesman who said, “Many of the educational materials we publish in the UK are sold in more than 150 countries, and as such they need to consider a range of cultural differences and sensitivities.”

“Our editorial guidelines are intended to help ensure that the resources that we produce can be disseminated to the widest possible audience.”

But would Muslims or Jews actually be offended if farm animals are mentioned in a children’s book?

Tory MP Philip Davies told the paper: “How on earth can anyone find the word ‘pig’ or ‘pork’ offensive?

“No word is offensive. It is the context in which it is used that is offensive,” he said, adding that, “On the one hand you have politicians and the great and the good falling over each other to say how much they believe in freedom of speech and on the other hand they are presiding over people being unable to use and write words that are completely inoffensive.”

“We have to get a grip on this nonsensical political correctness.”

Jodie Ginsberg, chief executive of Index on Censorship said, “It is difficult to imagine any context in which images of everyday objects – like pigs – or the word itself should be banned from being used in a children’s book.”

And in an attempt to clear matters up a bit, a spokesman for the Jewish Leadership Council noted that “Jewish law prohibits eating pork, not the mention of the word, or the animal from which it derives.”

Writing for The Independent, Jon Stone noted that the “controversy” is taking place at the same time that the British government has launched what it called “an ambitious strategy” to expand the country’s educational exports industry, which adds £17.5 billion to the UK’s economy.