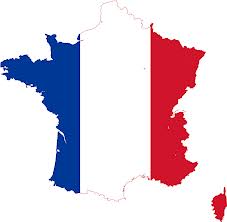 The French like many trashy books just as much everyone else, while Americans are the most unlikely to finish a book, say several e-book pros. A panel at Digital Book World last wee, offered several insights on how ebook platforms analyze user data and what they have discovered. What will be perhaps most interesting to our readers are a handful of insights shared about international reading habits.

Kobo’s Michael Tamblyn pointed out that you see significant differences between French, Italian and Dutch readers finishing books, where the rate runs between 60-70%.

“It is actually readers in the United States who are the most fickle,” he said. “And in Japan, the books are often short, so the reading activity around manga and comic books is very different. People might read two or three of those a day.”

And, he gleefully added, “While the French have a reputation as being very sophisticated, the reading public love trashy books as much as anyone else.”

Scribd’s Friedman did point out that cultural difference do remain: “An Italian is three times more likely to read a cookbook than an American…”

With Scribd, in particular, this may be due to the catalog, which is strong in English-language material. As for overseas markets for the service, “Singapore, Malaysia, Indonesia are strong and we we see a lot more activity in nonfiction, self-help, education. People there are reading to improve themselves to achieve a goal.” Of course earlier in the session Friedman pointed out that erotica was also very popular among Southeast Asian readers, so what “goal” was being achieved there should be left to the imagination.

This activity, pointed out Tamblyn, is likely to be tempered by the fact that there is limited local language material available. “As soon as books are available in the local language, that will change,” he said.