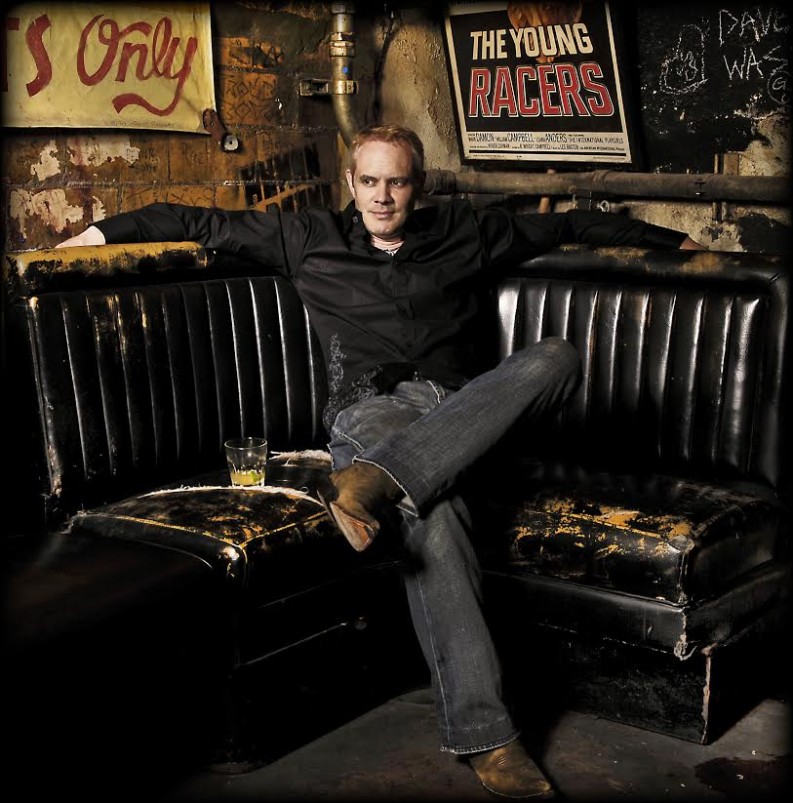 “The finest point I can put on why I decided to go the route of self-publishing, is this: within two years of starting my own publishing company, I tripled my profits from annual book sales”

Last year, when I was in Norman, Oklahoma to cover the Neustadt Prize, I had the opportunity to hear Nathan L. Brown, Oklahoma’s then Poet Laureate (his term of office was completed at the end of last year) at a poetry reading. We later met for drinks (and more drinks) and I found myself fascinated by the story of his career, and even more so, by his decision to self-publish not only his own works, but a recent anthology, Oklahoma Poems…and Their Poets.

I interviewed Nathan via email to refresh my memory of that night, and to have him fill in some of the details:

PP: Start by telling a little about yourself and your career as a poet.

Nathan: I’ll get right to it. First came the desire to be John Denver when I was eight years old. That led to a Sears Silvertone guitar. And that led to writing really bad songs in my early teens. Which, of course, led to bad garage bands. So, by the time I hit my early twenties, I’d made my way to Nashville where I wrote songs I don’t like anymore for a corrupt publisher I’ve not spoken to in almost thirty years.

Truth is, I hated Nashville so much I returned home to Oklahoma and signed up for a creative writing course for lack of anything better to do. That’s where I caught the itch from hell—my deep and abiding love for poetry—that resulted in publishing ten books of poetry in the years since.

Ok then – how did you get from a wannabe John Denver to the Poet Laureate of Oklahoma? The bottom line of how one gets from wanting to be John Denver at eight years old to the appointment of Poet Laureate of Oklahoma is simply this: Nashville was actually that bad. Music was my life, everything I ate and breathed, until I moved to that town. The music business in Nashville destroyed every ounce of my love for music in my early to mid 20s. When I left, defeated, I came home to Oklahoma and signed up for a creative writing class at the University of Oklahoma. It was there I met one of “those” professors. The type of professor who’s just crazy enough to change your life. He introduced me to a kind of poetry I didn’t know existed. Poetry that made sense. Imagine that. But poetry that was also artful enough to touch me, move me, and change me in the way that great music does. Simply put, one night I read Stephen Dunn’s poem “At the Smithville Methodist Church,” and I was never the same. There was no going back. That’s when I knew poetry had the potential to save us. If we have the gumption to meet it half way.

Why did you decide to launch your own publishing house (as it were) to do this? You’d mentioned it in comparison to Graywolf…

Somewhere around book six, I did some math that even an English Major could fathom. I was the only one selling my books. My publishers were not. However, I could also see that it wasn’t necessarily their fault.

Here’s the gist: No one buys books of poetry (and, more and more, other genres as well) off the shelves of bookstores anymore. Not without a flash-fire of an online virus or maybe five minutes on the Ellen show (since Oprah’s gone). There’s no way around it. We have returned to the folk music/troubadour model of touting our wares. We sell books out of our trunks.

Somewhere in the neighborhood of three to four hundred thousand titles are published every year now. How would someone find your book among the great wash? And how would they know you’re worth their time even if they did?

The answer, for me, is clear. We must travel, present, and perform our work now in order to connect with audiences. We have to go to the conference, the festival, the bookstore, or wherever they’ll have us, and show people what we’ve got. Something happens when the author meets the readers by way of a great delivery of his or her work in a public setting. That’s when they know they want to read “this” book.

This, of course, leads to another problem. Writers are not always good performers. However, this is an issue that could fill an entire article on its own. And I make a part of my living now teaching “performance” workshops for artists of all genres and forms. Many visual artists even, will tell you that this is a growing aspect of what they do.

Go on to Oklahoma poets and the idea for the project.

The original inspiration for Oklahoma Poems…and Their Poets came along when the state government defunded the Oklahoma Humanities Council for the third time in a small span of years. They oversee the poet laureate position, and, simply put, I’d had enough of government showing little to no concern for the arts and humanities, so I decided to create an anthology from which the profits would go to the Humanities Council.

What was the process like? What were the difficulties and what made it worthwhile?

I had no idea what I was doing. But, I made an interesting discovery along the way: Once you get a Pulitzer Prize-winning poet to offer a poem, free of licensing fees, it’s much easier to get other folks on board. From that point on, to be honest, the only difficulty I experienced was the paperwork process with W. W. Norton. I don’t know if they were slow, or maybe “hesitant,” but I could not get them to respond. And I don’t know if it was a phone call from Stephen Dunn or Joy Harjo? But, immediately after telling the two authors of the trouble I was having, Norton suddenly leaped into action.

Outside of that, the overall experience was a joy. As the poets began to grab the vision for what I wanted to do, there was almost what I’d call a camaraderie among them. I allowed each their one “one best” or favorite piece about the state of Oklahoma. They did not have to be current residents or Okies, but the poem had to be related to the state in some way. For example, it turns out that one of the better poems ever written about the Oklahoma City Murrah bombing, was written by a poet from Frostburg, Maryland whose never been to the state, that I know of.

The end result produced a book that I was not only exceedingly proud of; I was actually surprised by how rich and good it is. Granted the theme is somewhat narrow, but I believe the quality of the work stands up to almost any anthology. (By the way, I did not put one of my poems in the book, just so I would have the license to say that.)

Final question: words to others who might want to do the same thing.

The toughest part of the DIY process was registering the company, Mezcalita Press, with the state as a Limited Liability Corporation. This involved a lawyer, who was, fortunately, a good friend and helped me for free, in order to ensure things were done the way they need to be done.

From there, the first book I self-published, Karma Crisis: New and Selected Poems, definitely came with a learning curve, when it comes to creating a print-ready PDF of the inside of the book, but once I got that down, every book since has been a breeze. I use Lightning Source out of Tennessee as my print-on-demand source, and love them. And it still amazes me that I can upload two PDF files—one for content and one for the cover—and then have books on my doorstep within two to three weeks. Not only that, within another few weeks, the book shows up on Amazon, Barnes & Noble, and Ingram Book Company. This is light years away from the two to three year process of working with other publishers.

One word to writers wanting to do this, though: When it comes to PDF for the book’s cover, you simply must find a great graphic designer and pay them for what they do. People do judge a book by its cover, whether we like it or not, and this part of things should be done more than well. A poorly designed book jumps out on the shelf, or at the product table, and it has a huge impact on the eye. Jen Rickard-Blair with World Literature Today at the University of Oklahoma designed the cover for the Oklahoma Poems anthology, and it blew most everyone away. People talk about it.

The finest point I can put on why I decided to go the route of self-publishing, is this: within two years of starting my own publishing company, I tripled my profits from annual book sales.

Nathan Brown is a songwriter, photographer, and award-winning poet from Norman, Oklahoma. He served as the Poet Laureate of the State of Oklahoma from 2013 to 2014. He holds an interdisciplinary PhD in English and Journalism but mostly travels now, performing readings and concerts, as well as leading workshops and speaking in high schools, universities, libraries, and community organizations on creativity, creative writing, and the need for readers to not give up on poetry.

To learn more about Nathan and his books, click here.