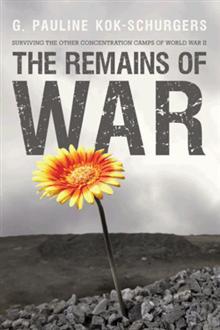 Our January 2015 selection of reviews from BlueInk Review, a service which reviews self-published books. Bramble, Infant Martian, by Donald L. Kaufman: In his wildly experimental novel, Kaufman, an emeritus professor of English and author of two books about Norman Mailer, takes readers through seven decades focused on his rollicking, freely fornicating, deep-thinking and interstellar-traveling title character, as Bramble navigates lively intellectual debates and an enormous and quirky supporting cast. At 600 oversized pages, this is a hugely ambitious project — nothing less than a comic survey of American cultural history — and Bramble could easily be a Mailer creation himself. The story is a wild, surreal beast of a thing with fire in its eye for all ideas, fantasies and modes of transport, offering immense reward for those willing to take the ride. Author residence: Tampa, Florida. Read review.

The Parrot Tavern, by David Wurtzebach: Many scholars believe that Shakespeare’s sonnets evince a deep and possibly sexual love for another man. This story, inspired by those sonnets, concerns the patrons of The Parrot Tavern: Main character Will has formed a strong friendship with a handsome young earl. Trouble arises when the earl consummates his relationship with a woman who, he later learns, also happens to be Will’s paramour. The resolution of their exploits is undeniably poignant—an elucidation of love, forgiveness, humanity, and forces beyond our control. Author residence: Denver, Colorado. Read review. The Remains of War, by G. Pauline Kok-Schurgers: As Unbroken captivates moviegoers, this author’s tale of her own endurance under Japanese cruelty during WWII offers a timely addendum. Told from the endearing perspective of her pre-teen self, Kok-Schurgers shares the heart-wrenching tale of the bitter three-and-a-half years she and her family spent in concentration camps in Indonesia under Japanese rule during WWII. Festering for some 60 years, her raw and vivid description of experiences that are hardly known, let alone recorded, is a triumph, not just for the author but for history itself. NOTE: This finely wrought memoir has been honored with the BlueInk Best Book Award. Click here for more details and an interview with the author. Author residence: Ontario, Canada. Read review.

Born Into Hitler’s War, by Gisela Wicks: This vivid, detailed WWII memoir recounts the author’s turbulent life from ages four to 18 living in war-torn Germany. As the Russians approached, the family fled and scraped by in abject poverty even as the war ended and they were sectioned into the east side of the Berlin wall. Including the story of the author’s daring escape to West Berlin and freedom, this historically enriching memoir brims with gripping detail. Author residence: Lynwood, Washington. Read review.

Hard Trials, Great Tribulations, by James V. Lyles: An African-American, Lyles was raised in rural Arkansas on a cotton plantation, the fifth of seven brothers, and later became a Memphis pastor. When Emmett Till’s murder and Rosa Parks’ arrest launched the Civil Rights movement, the author attended protests throughout Tennessee and found himself “preaching to folk who had never before gotten close enough to a black person to shake hands” as times transformed. His chronological reflections, written in fluid prose, shine with his assured voice, offering a powerful read. Author residence: Rowland Heights, California. Read review.

On the Sunnyside of Life, by Sally Whipple Mosher Mooney:  In this entertaining collection of stories, Mooney shares the joys and heartaches of her childhood at Sunnyside, her family’s eastern Nevada ranch. While Mooney enjoyed an almost idyllic childhood, the experience was marred by her father’s moodiness and fiery temper. Nonetheless, the author’s dauntless spirit prevailed. Written with telling detail, vivid characterization, and endearing humor, this is a delightful read about a place where life was often difficult but always fully lived. Author residence: Carson City, Nevada. Read review.

Shot Down, by Steve Snyder: This highly engaging book tells the story of the author’s father and the crew of the B-17 Susan Ruth, of the 8th Air Force’s 306th Bomb Group, shot down over Belgium on February 8, 1944. Two airmen died in the stricken aircraft, the rest bailed out. Three were subsequently murdered by the SS; some evaded capture, hidden by Belgian underground members, and one fought with the French Resistance Maquis. Extensively researched, packed with photographs, and neatly interwoven with background remarks, this meticulously detailed story delivers an up-close and thoroughly engrossing account of what it was like to fly with death every day, as well as the devastation WWII wreaked on the ground. Author residence: Seal Beach, California. Read review.

Death by Autopsy, by Jane Bennett Munro: Another compelling mystery from veteran writer Munro, this title follows her regular cast of characters, including hospital pathologist turned amateur sleuth Toni Day. After a car crashes into an icy canal, Day begins an autopsy on the victim only to discover she’s still alive. When the victim dies a few days later, Day, ridden with guilt that the autopsy might have caused the victim’s death, digs deeper into the incident to reveal lies, murders, and a culprit who may have found his next target in Day. With a pantheon of likeable, believable characters and writing informed by the author’s own career as a hospital pathologist, the story effortlessly pulls readers in. Author residence: Twin Falls, Idaho. Read review.

Truth Insurrected: The Saint Mary Project, by Daniel P. Douglas: This science fiction thriller revolves around former FBI agent William Harrison, who has recently become privy to a decades-long government cover-up of epic proportions. When members of the secret Saint Mary Project determine Harrison a threat, they move to silence him once and for all. With references to cattle mutilations, aliens, and experiments involving alien/human hybrids, this is an adrenaline-fueled story, replete with action and adventure that conspiracy theorists and science fiction fans alike will find hard to put down. Author residence: Albuquerque, New Mexico. Read review.

Tit for Tat, by Adrienne Fox: In this modern comedy of manners, Fox lightens up what could be a melodramatic, mid-life drama by poking affectionate fun at its players and society at large. Readers meet British couple Geoff and Eleanor Pollard as Eleanor discovers that Geoff, a teacher, has been having a steamy tryst with one of his much younger former students. Still, the couple packs up the family for vacation, trying to act as though nothing’s wrong while interacting with a parade of eccentric characters. As complications unfold, Fox delivers an entertaining read that will especially appeal to British comedy fans. Author residence: Yorkshire, England. Read review.

Exploring Sex, Love and Lust, by Clive Peters: Peters combines his interest in medical research and sexual relations to cover a wide range of subjects related to intimacy, intercourse and romance: from the anatomical, to the psychological, to the sexual. While graphic, the content is informative, mature, direct, and accompanied by interesting statistics. This is straightforward sex explained with a personal touch, guaranteed to satisfy those looking for basic knowledge on the topic. Author residence: Maldon, Great Britain. Read review.