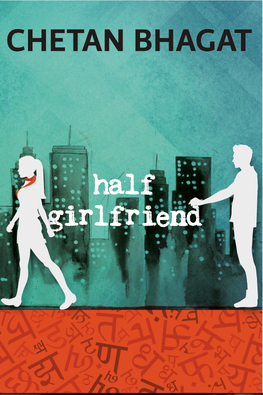 “Runaway Romances,” “Thriller Takeaways,” and “Mythological Mysteries” dominated much of Indian publishing in 2014. At scroll.in, Arunava Sinha looked at the three genres that sold the most in India in 2014, noting that “the gap between pulp and literary fiction just got wider.”

Half Girlfriend (Rupa), popularly known as the story of Madhav and Ria, was the year’s top seller. And while every book by Chetan Bhagat is an automatic hit, Sinha notes that’s what is interesting is his knack of knowing his market and writing just what he knows his audience wants: “in this case, a journey through St. Stephen’s College, Delhi and the streets of New York, with a detour through basketball, the men’s hostel, and the swank precincts of Delhi’s Aurangzeb Road.”

This, she says, is fantasy told through everyday events, and a prime case of “dream fulfillment,” but one that works with readers who read little else except the books of Bhagat.

Other “runaway romance” success in 2014 included Durjoy Datta’s When Only Love Remains; Ravinder Singh’s Your Dreams Are Mine Now, and Sudeep Nagarkar’s Sorry, You’re Not My Type. And while they’re all set on either a college campus or in the world of show business, what they have in common is that “the complexities of reality [are] reduced to raw and overflowing emotion, devoid of either social or psychological underpinnings.”

Next up: “Thriller Takeaways:”

“Combining all the contemporary stereotypes of drugs, virtual games, real and electronic money, markets, fetishism, gender-bending masquerading as the dark side of the soul, Ashwin Sanghi – with the internationally banded help of James Patterson – and Ravi Subramanian – the sultan of the sinister in current Indian writing, wrote their way into people’s bookshelves…”

Part of Sanghi’s Private series, Private India told an “improbable” tale set against a background of terrorism, with a string of murders, and “some soft underworld connections and even romance thrown in.”

God Is a Gamer, in which Subramianin’s “exhaustive research into Bitcoin, which included a “meeting between the head of Visa and MasterCard and the introduction of Wikileaks turned into an embodiment of the well-informed geek’s Facebook feed, told in the form of fiction.” Even so, Sinha acknowledges that the book was a page-turner, despite, or maybe because, of it’s “heavy dose of information.”

Readers in India still want their traditional myths, albeit packed into “racy tales,” and if the author can combine different eras and historical characters as well, even better. Which explains the huge success of Christopher C Doyle’s The Mahabharata Quest: The Alexander Secret, in which “King Alexander, the Mahabharata, terrorism and a spot of archaeology all come together for a huge – and riveting – historical-modern caper and chase. With some “science” thrown in as well.

Another big success in the “mythology as fiction” genre, and perhaps surprisingly, was Shikhandi And Other Tales They Don’t Tell You by Debdutt Pattanaik, which explores the issues of “queer identity.” And while this does seem an “unlikely candidate for a popularly accepted book,” Sinha explains that it “showed the way to a discerning readership hungry for an authentic telling of the myths that emerged from the collective consciousness of the past.”

Sinha concluded by noting that genre books aren’t all that people were buying and reading. But, she adds, “the clear and present danger to the market prospects of the ‘literary work’ is palpable. Now you know where publishers have to look to keep their cash registers ringing.”